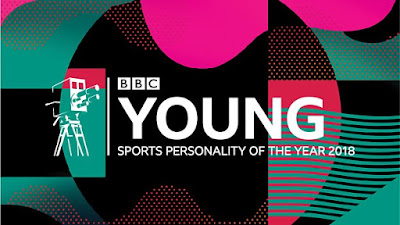 The top three contenders for the BBC Young Sports Personality of the Year 2018 have today been announced as: Kare Adenegan, Freya Anderson and James Bowen.

Para-athlete Kare Adenegan, 17, became T34 100m WPA European champion, winning her first gold medal in senior competition, and also took silver in the T34 800m. She also set a new T34 100m world record at the London Anniversary Games, where she became the first female T34 athlete to go under 17 seconds - and went on to beat long-time rival Hannah Cockroft for the first time in a championship race at the Diamond League.

Horse rider James Bowen, 17, made history this year as he became the youngest rider to win the Welsh Grand National on Raz De Maree at Chepstow in January before securing a further 2018 victory in the Lanzarote Hurdle on William Henry during his first season. He also placed second in the Ultima Handicap Chase at Cheltenham Festival on Shantou Flyer.

The overall winner will be announced at the Radio 1 Teen Awards on the 21st October at the SSE Arena, Wembley, before attending the BBC Sports Personality of the Year awards on 16 December at the Genting Arena, Birmingham.

The shortlist and winner was selected by an esteemed panel from nominations made to the BBC and by sports governing bodies via the Youth Sport Trust.

The BBC Young Sports Personality of the Year is awarded to an outstanding young sportsperson who was aged 17 or under on 1 January 2018.