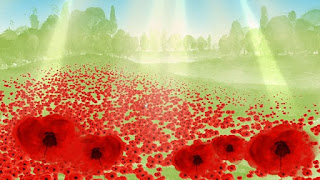 Following an ambitious four years of coverage to mark the centenary of the First World War, this November the BBC will mark Remembrance Week 2018, and the end of the war across TV, radio and online.

On TV, BBC One will air Remembrance programming including the Royal British Legion Festival of Remembrance 2018 and World War One Remembered: The Cenotaph - as well as specials of Antiques Roadshow and Countryfile, and the return of Home Front Heroes; BBC Two highlights include WWI: The Final Hours WWI's Secret Shame: Shell Shock with Dan Snow discovering how shell shock has evolved into cases of PTSD that modern soldiers suffer, and drama documentary two-parter 100 Days to Victory. BBC Three will be making acclaimed Our World War available again, and BBC Four highlights include a special What Do Artists Do All Day? on Peter Jackson and Dan Cruickshank will reveal the story behind the creation of the Commonwealth War Graves Commission Monuments Of Remembrance.

On Radio, BBC Radio 2 highlights include The Radio Ballads of the Great War Live, the Festival of Remembrance and Good Morning Sunday special. BBC Radio 3 will air Sonic Memorials; a Free Thinking on Wilfred Owen: Poetry and Peace and Opera on 3 - The Silver Tassie. BBC Radio 4 will conclude its broadcast of Home Front, air the Ceremony of Remembrance from the Cenotaph and A Service to Mark the Centenary of the Armistice and Tommies (w/t). BBC Radio 5 live highlights include The Dying Hours on 5 live Breakfast, Remembrance Sunday coverage from Folkestone Beach at the Pages of the Sea event, and coverage of events at the Cenotaph in London.

There will be the launch of a new digital experience, Armistice Day, which will help users explore what they might have done during the Great War through clips taken from the BBC Archive, personalised by where they live and whether they think they would have fought or stayed at home. The BBC is also releasing the award-winning virtual reality experience Nothing to be Written which received its world premiere at the BBC Proms this summer, and will be available to download for free. To mark the Two Minute Silence CBeebies and CBBC will simulcast Poppies, an evocative, dialogue-free animation set to a score by Steve Price and recorded by the BBC Philharmonic. And BBC NI, BBC Scotland and BBC Wales will all broadcast special TV and radio programming.

Tony Hall, Director General, BBC, says: "This centenary has inspired us all. It has re-defined how we remember, but also how we can engage creatively in events that took place 100 years ago and have shaped who we are today. I'm proud the BBC has played such a major part in that endeavour, working in partnership with so many organisations across the country. I've seen the difference we've made in communities, but also the way people have responded to the new stories we've been able to tell and to the moments of reflection that have brought us all together.

"And to mark the end of the centenary with Peter Jackson's masterpiece - as well as showcasing all the Armistice events - is, I think, a fitting tribute to all those who served and to those we remember."