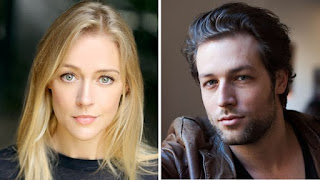 Dan McGolpin, Controller of BBC Programming and Daytime, has today announced the line-up of key cast and crew for new 10-part crime drama The Mallorca Files.

The BBC One Daytime and BBC iPlayer series has been penned by Dan Sefton, the writer behind hits such hits as The Good Karma Hospital, Trust Me, Delicious and Porters.

Set amongst the vibrant international community of the eponymous Spanish island, The Mallorca Files centres around the clash of personalities between a British and German detective who have very different approaches to policing. Yet despite - or perhaps because of -their very different approaches, the sleuths form a perfect complementary partnership as they seek to solve a new crime on the island each week.

Julian Looman (Pagan Peak, Prey, Cop Stories) plays Miranda's German partner-in-crime-solving, Max Winter - a classic extrovert who is unashamedly unconventional and not afraid to wear his heart on his sleeve.

These two diametrically-opposed personalities set the stage for much of the humour and thrills of the series, which plays out against the backdrop of sun-drenched locations and the glamorous lifestyle of the Balearic island few Brits get to see.

Reluctantly overseeing the Anglo-German partnership is formidable Palma Police Chief Inez Villegas (casting to be announced) - a woman who doesn't suffer fools (gladly or otherwise), and who ensures the two foreign detectives are kept busy by handing them the cases her own team don't want to touch.

In the line-up to bring The Mallorca Files to life are a high-calibre production crew of exceptional pedigree. They include Bryn Higgins (Endeavour, Black Mirror, Electricity) who leads a slate of directors including Charlie Palmer (Poldark, Doctor Who, Silent Witness) Rob Evans (Mr Selfridge, Granchester, Our Girl,) and Gordon Anderson (Shetland, Lovesick, Shameless).

The Mallorca Files is a Cosmopolitan Pictures/Clerkenwell Films co-production for the BBC. Ben Donald and Murray Ferguson will executive produce, together with Dan Sefton who leads a team of writers including Rachael New, Sarah-Lou Hawkins, Dan Muirden and Alex McBride. It will begin production in November this year and air on BBC One in 2019.

The Mallorca Files will broadcast on BBC One Daytime across the week Monday to Friday, with all 10x45 episodes dropping on BBC iPlayer on the first day of transmission.

Dan McGolpin, Controller of BBC Programming and Daytime, says: "The Mallorca Files is an exciting new drama series for BBC One daytime and BBC iPlayer, with a wonderful collection of talented people behind the camera and a fantastic cast who viewers are going to love."

Elen Rhys says: "Dan Sefton has written a wonderfully flawed character in Miranda, who promises to be a lot of fun. I am thrilled to be playing one half of this mismatched crime-fighting duo - especially against the beautiful backdrop of Mallorca. What's not to like?"

Julian Looman says: "When I read the scripts I was immediately drawn to Max, and it was an opportunity to play a different kind of German to the ones British audiences might be used to! I'm thrilled to be playing opposite the talented Elen and know we can make a great on-screen partnership. And having now met all the production team I'm convinced The Mallorca Files is going to be fun to make and great fun to watch."

Showrunner Dan Sefton adds: "It's always an exciting time when you watch your characters come alive. I am confident that having Elen and Julian on our screens together in the Mallorcan sunshine will brighten up living rooms all over the nation. In addition we now have a great crew who I'm confident will transform the black and white of our scripts into technicolour reality in exciting and unexpected ways."

Ben Donald, Founder of Cosmopolitan Pictures, says: "Elen and Julian embody Max and Miranda exactly as we always imagined them from the outset. Smart, cool, glamorous and playful, but also real and relatable. I look forward to seeing how they inhabit and grow these characters and am sure viewers will delight in spending time with them."

Murray Ferguson Chief Executive and Director, Clerkenwell Films, says: "The Mallorca Files is attracting a formidable array of talent both in front and behind the camera. This is a testimony to the quality of the material and the work of Dan Sefton and his highly accomplished writing team. We can't wait to get started."

The Mallorca Files is the first production greenlit for Cosmopolitan Pictures, the independent production company founded by Ben Donald in 2014. It has been created with his production partners at Clerkenwell Films and commissioned by Controller of BBC Programming and Daytime, Dan McGolpin. BBC Studios and Cosmopolitan Pictures have jointly put a co-production deal in place with BritBox for the US and Canada, and with ZDFneo for Germany. Other partners on board include France 2. BBC Studios is the international distributor.