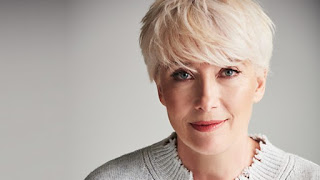 Red Production Company (a StudioCanal company) and acclaimed writer Russell T Davies are delighted to announce the dynamic cast for new BBC One drama Years And Years, a unique and ambitious six-part limited series charting one family surviving the future.

As Britain is rocked by unstable political, economic and technological advances, we follow the Lyons family as their complex lives converge on one crucial night in 2019. Then, over the next 15 years, the twists and turns of everyday life are explored as we find out if this ordinary family could ever change the world.

Two-time Oscar winner Emma Thompson (The Children Act, Late Night) stars in the family saga as Vivienne Rook, an outspoken celebrity turned political figure whose controversial opinions divide the nation. She's a new breed of politician, an entertainer, a rebel, a trickster, and her rise to power leads us into an unknown future.

Bafta-nominated Rory Kinnear (Spectre, Peterloo) joins Emma as Stephen Lyons, a financial advisor and the family's peacekeeper who is married to Celeste played by T'Nia Miller, (Obey, Marcella), an ambitious and opinionated accountant.

Russell Tovey (The History Boys, Quantico) will play Daniel Lyons, a hard-working housing officer and Stephen's brother. Their sister Edith, played by Jessica Hynes (Paddington 2, W1A), is radical, dangerous and calculating with a secret life. And completing the siblings is heavily pregnant Rosie, played by Ruth Madeley, (Cold Feet, Don't Take My Baby). Anne Reid (Last Tango In Halifax, The Mother) presides over the family as Muriel, imperial grandmother to the Lyons.

Russell T Davies says: "This is a dream cast, put together by Andy Pryor, the man who found Jodie Whittaker to be Doctor Who. I'm very lucky, and very excited to start filming."