Friendship, romance, betrayal and dark secrets in coming of age drama The A List 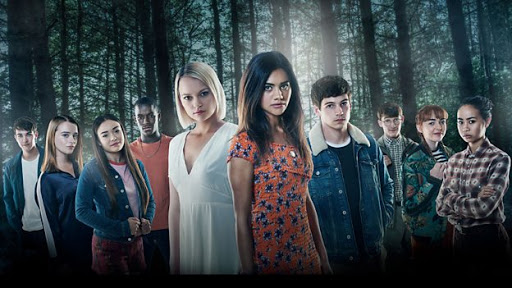 Friendship, romance, betrayal and a whole host of dark secrets are at the heart of new BBC coming of age drama The A List.

Landing on BBC iPlayer as a complete boxset, The A List (13x25') explores the lives, loves and pasts of a group of teens in an intense crucible of powerful and addictive drama.

Mia (Lisa Ambalavanar) is at camp under huge duress. Sent by her busy parents this isn't her idea of a perfect summer, but the late arrival of mysterious new girl Amber (Ellie Duckles) brings out her competitive nature and a battle to be Queen Bee ensues. Set in what appears to be an idyllic summer camp, it's not long before dark secrets will turn the holiday of a lifetime into a twisted nightmare.

Amber is confident, glamorous and effortlessly charming. Her rivalry with Mia is instant and as the pair go head to head it soon becomes apparent that this is much more than a popularity contest. Amber is not a normal girl; she has powers, they are growing and they are dangerous.

Amy Buscombe, BBC Commissioning Editor, says: "The A List promises to be a thrilling, chilling treat and Mia and Amber are clearly trouble - I can't wait for the audience to meet them!"

Anne Brogan, Executive Producer, Kindle Entertainment, says: "It has been a complete joy to work with such a talented team on The A List. The young cast have brought the characters created by Nina Metivier and Dan Berlinka, the head writers, to life in an utterly and compelling way, making a drama that is gripping and emotionally charged."

Filmed in remote locations in Scotland to imbue the show with a stunningly beautiful world in contrast to the psychological tension of the drama, The A List was made by Kindle Entertainment for the BBC. It was commissioned by Cheryl Taylor for the BBC and is executive produced by Amy Buscombe for the BBC and Anne Brogan for Kindle Entertainment. It was created and written by Dan Berlinka and Nina Metivier, with three episodes written by Kate Davidson. The series was directed by Patrick Harkins, Jim Shields and Dan Berlinka and produced by Sandra MacIver.