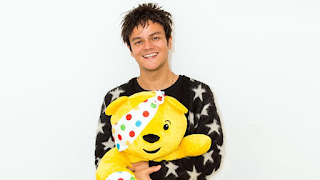 Love Is In The Picture by Jamie Cullum is BBC Children in Need's 2018 official single.

After revealing the news live on BBC Radio 2 this morning, Jamie said: "Earlier this month I visited two projects funded by BBC Children in Need, both of which work tirelessly to bring smiles and a sense of normalcy to children and young people.

"It's an absolute privilege to have been asked to provide a song for this year's BBC Children in Need campaign. I hope it goes on to raise money for more projects like those I visited."

Love Is In The Picture is available as a stand-alone charity single from today.

Jamie will give it its debut television performance live on the 2018 BBC Children in Need Appeal Show on Friday 16 November, at 9.50pm on BBC One.

The official BBC Children in Need single has an extensive history and, as the official artist behind this year's release, Jamie joins a long line of celebrated performers including Katie Melua, Craig David, Jess Glynne, Gareth Malone's All Star Choir, Ellie Goulding, and Girls Aloud.

All profits from the single will go to the charity, with a minimum of 40p from each single sale.