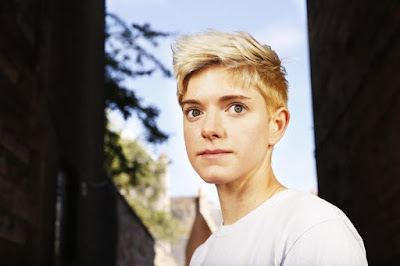 Random Acts continues to be a platform for exciting new talent as well as showcasing experimental work from more established figures. Highlights from the sixth series include a sitcom turned blood-bath headlined by Asa Butterfield and Adam Buxton, a model utopia featuring Lily Cole and Lily McMenamy, and a heart-breaking prison drama starring Neil Maskell.

Following hot on the heels of the fifth series, 2018 sees strong themes of mental health, social media and acceptance, as well as a diverse range of creative talent with over 50% of the films directed by women, over 35% including a BAME lead creative and 26% aged under 25. The 2018 edition is set to deliver 30-40m online video views to an audience of 80% in the under 35s age group and three of the short films are to feature as part of the 2018 BFI London Film Festival, including series 6’s RIGHT PLACE, WRONG TIM.

Mae Martin: “I’m so excited to be a part of Random Acts, it’s a show with a genuine commitment to fostering new talent and letting artists experiment, which is rare! I can’t wait for people to see this series and I hope people don’t judge my fashion choices too harshly.”

Catherine Bray: “Random Acts occupies a uniquely mischievous space in the British broadcasting landscape, giving established talent the chance to make deviant work very much outside the mainstream, and new talent that first break and chance to be seen by a wider audience. It is a real thrill to see the work connecting with young digitally-native audiences in record numbers.”

Shaminder Nahal: “Mae is a terrific addition to the Random Acts universe. She is daring and honest- always finding uniquely funny and creative ways of talking about topics most avoid. You can appreciate not only the wit but also the urgency in this latest smorgasbord of uncategorizable creative brilliance: of animation, visual art, spoken word, from the darkly comic to the deeply moving.


Mae Martin
Mae Martin is an award-winning Canadian comedian and writer whose most recent stand-up show Dope focused on addiction and was nominated for the main Edinburgh Comedy Award while earning four and five star national reviews. The show has since been turned in to a stand-up special for Netflix which will be released in January 2019 as part of Netflix’s first global stand-up series. Her BBC Radio 4 series Mae Martin’s Guide To… has been commissioned for a third series, the second of which was nominated for a BBC Audio Drama award. Mae’s first non-fiction book, a guide to sexuality for young adults, will be released in May 2019.