New and exciting changes to BBC Sports Personality of the Year 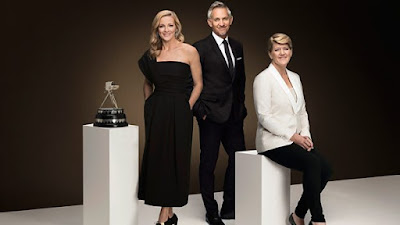 Now in its 65th year, BBC Sports Personality of the Year 2018 is set to evolve once again - bringing with it a host of new and exciting changes.
New for 2018: Contenders for main award to be revealed on the night
New for 2018: Public to decide Greatest Sporting Moment of the Year celebrating the standout moment of 2018
New for 2018: World Sport Star of the Year honours global sportswomen and men
New for 2018: Collaboration with BBC Radio 1 sees Young Sports Personality of the Year presented at the BBC Radio 1 Teen Awards
Awards to take place in Birmingham with presenters Gary Lineker, Clare Balding and Gabby Logan celebrating momentous year of sport
Tickets for the glittering evening of sport and entertainment to go on sale Friday 12 October
This has been an epic year for sport, with England’s fairy tale run at the World Cup, Geraint Thomas storming to victory at the Tour de France, Anthony Joshua’s win over Joseph Parker, Dina Asher-Smith’s phenomenal haul at the European Championships and England’s ‘Roses’ revelling in their historic golden moment in netball at the Commonwealth Games. With Lewis Hamilton vying for a fifth Formula One world title, England’s highest Test run-scorer Alastair Cook ending his international career with a century, Lizzy Yarnold's successful defence of her Winter Olympic skeleton title, and Europe’s victory to regain the Ryder Cup, this year’s awards are set to be the most hotly contested yet.

For the first time ever, the contenders nominated to be crowned BBC Sports Personality of the Year 2018 will be announced on the night of the show with fewer names in the running. As always, the public will decide who is set to emulate 2017 winner Mo Farah and walk away with the much-coveted trophy.

Greatest Sporting Moment of the Year is a new award, with the public choosing an occasion from the jam-packed last 12 months that captured the nation. A choice of standout moments from the year will be decided by an esteemed independent panel of judges before the audience vote for their winner via the BBC Sport website in the weeks running up to the big night itself.

The award to honour a Young Sports Personality will this year be presented at the BBC Radio 1 Teen Awards on Sunday 21 October. Following footballer Phil Foden’s win in 2017, this year’s winner will receive their award live on stage at Wembley Arena in front of a 10,000 strong crowd.

World Sport Star of the Year celebrates the best sporting stars from around the globe. From a list of six contenders, the public will cast their votes via the BBC Sport website to determine the deserving winner. This year, for the first time, votes will also be able to be cast from those living outside the UK.

Other awards set to be presented on the night include Lifetime Achievement, Team of the Year, Coach of the Year, the Helen Rollason award which recognises an outstanding achievement in the face of adversity, and the BBC Get Inspired Unsung Hero award to honour the most dynamic, forward thinking and driven volunteers from across the UK. Nominations are currently open for this award.

Presenters Gary Lineker, Clare Balding and Gabby Logan return to bring the show live from the Genting Arena, which will soon be known as the Resorts World Arena in Birmingham. The special night, which celebrates a momentous year of sport, will take place in front of a live audience of 12,000 with millions more watching on BBC One from 7pm on Sunday 16 December.

Birmingham is no stranger to BBC Sports Personality of the Year, having last hosted the awards in 2016, and the city was recently announced as host of the next Commonwealth Games in 2022, making it a perfect fit for this year’s awards.

Director of BBC Sport, Barbara Slater, says: “BBC Sports Personality of the Year is a much loved BBC show that is constantly evolving. Bringing in these changes allows us to celebrate even further what has been an incredible year of sport whilst also paying tribute to the achievements of individuals.

"Announcing the much-anticipated shortlist at the start of the show will add even another layer of excitement to what is set to be a thrilling night for everyone.”

Phil Mead, Managing Director for the Resorts World Arena, says: “Hosting BBC Sports Personality of the Year is always a great honour, and it continues to be a welcome highlight in the arena’s event calendar. As we begin our preparations for the 2022 Commonwealth Games, Sports Personality of the Year will be a fantastic showcase of the city’s credentials for hosting major events, to not only the thousands of audience members, but also millions watching at home.”