Prince, Son and Heir: Charles at 70 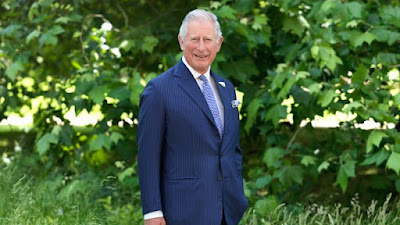 BBC One will broadcast a brand new special 60-minute documentary next month, Prince, Son and Heir: Charles at 70, to mark the Prince’s 70th birthday.

For this observational documentary, the film-maker John Bridcut has had exclusive access to the Prince over the past twelve months, both at work and behind the scenes, at home and abroad. He speaks to those who know him best, HRH The Duchess of Cornwall, and his sons, the Dukes of Cambridge and Sussex.

By the time HRH the Prince of Wales reaches his 70th birthday in November, he will have been involved in public affairs for more than fifty years, championing issues that once were unfamiliar but are now mainstream such as global warming and youth opportunity.

What emerges is a revealing and intimate portrait of the longest-serving heir to the throne, who still feels he has a lot more to do.

Charlotte Moore, Director of BBC Content, says: “It’s a real privilege to be given access to the Prince of Wales and those closest to him to mark his 70th birthday. This intimate documentary will offer a unique insight into his life and work and those who know him best.”

John Bridcut has previously worked with HRH The Prince of Wales on The Passionate Prince (2008) and The Prince and the Composer (2011), as well as on two film portraits of the Queen, Elizabeth at 90 (2016) and A Jubilee Tribute (2012) for the BBC.

Prince, Son and Heir: Charles at 70 (1x60') is a Crux production for BBC One and was commissioned by Charlotte Moore, Director of Content and Alison Kirkham, Controller, BBC Factual Commissioning.

The programme is to be distributed internationally by BBC Studios.
Posted by JD at 15:16