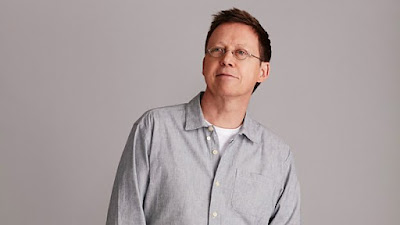 Simon Mayo, who currently presents the 5-8pm weekday programme with Jo Whiley, has decided to leave BBC Radio 2 later this year to work on a variety of projects. He will continue to co-host Kermode and Mayo’s Film Review on BBC Radio 5 live with Mark Kermode on Fridays, 2-4pm.

Jo Whiley will launch a brand new show in January from 7-9pm, Monday - Thursday, placing her in the heart of the evening schedule, featuring the very best new music and amazing live sessions. Jo will continue to present the Radio 2 In Concert series and will also be standing in for Ken Bruce in 2019 when he is away.

Lewis Carnie, Head of Radio 2, says: "Simon is a fantastic broadcaster, and I’d like to thank him for entertaining millions of Radio 2 listeners with his wit and warmth over the years. Everyone at the station wishes Simon the very best of luck for what promises to be a very exciting future, and he'll be missed at Wogan House. With Simon leaving, we’ve taken this opportunity to take a fresh look at the schedule, and create a show for Jo which will focus on her passion for music."

Simon says: “Obviously, I’m very sad to be leaving Radio 2, and my good friend Jo. However, 2019 looks like being incredibly exciting for me. I have a new two book deal with Transworld, my children’s series Itch is being filmed for TV in Australia in early 2019, and I’m continuing to develop my novel Mad Blood Stirring for a movie with screenwriter Jack Thorne. Plus the film show with Mark Kermode continues on 5 live.

“Radio 2 has been a quite wonderful experience - my happiest in radio I think - but new adventures beckon and I cannot wait to get started.”

Jo says: "I’m incredibly sad that Simon has decided to leave Radio 2. He’s a brilliant broadcaster, a great friend and I really will miss working with him. However, I’m very much looking forward to hosting a new show for a new year which will have music at the very heart of it as well as guests and live sessions. Dream show, actually. Can’t wait!"

Bob Shennan, Director, BBC Radio and Music (and former Controller, Radio 2), says: “I brought both Simon and Jo in to Radio 2 many years ago, and they have been fantastic keystones in the Radio 2 schedule. I wish Simon good luck with his forthcoming projects, and congratulate Jo on her new show, which I look forward to listening to in January.”

During his career, Simon has won a Sony Radio Academy Award in 2009 with Mark Kermode for the 5 live Film Review, the Sony Award in 2011 for Best Music Programme for Drivetime, the Sony Radio Speech Award at the 2008, as well Broadcasting Press Guild's Radio Broadcaster of the Year in 2008.

Earlier this year, the film rights for his first adult novel, Mad Blood Stirring, were acquired by House Productions and it is in development with screenwriter Jack Thorne (Harry Potter and the Cursed Child). The first in his trilogy of children’s novels, Itch, is to be adapted by ABC Television in Australia, and starts filming there early next year, which Simon will attend.

Jo Whiley was introduced to the Radio 2 audience from August 2009, when she covered for various presenters, and subsequently began hosting the In Concert series from April 2010. Jo launched an evening show in Feb 2011, and went on to co-host the network’s annual flagship music event Radio 2 Live in Hyde Park. She is also one of the anchors of the BBC’s television coverage of Glastonbury.

In March 2014, Jo undertook a fundraising challenge for Sport Relief by walking and jogging (and broadcasting live at times) on a treadmill for 26 hours, raising hundreds of thousands of pounds, including a £260k donation from Coldplay. Jo is also an ambassador to Mencap, supports Tommy’s - The Baby Charity and is the Patron of the Cri du Chat Syndrome Support Group.

Further details of the early evening Radio 2 schedule will be announced in the near future.
Posted by JD at 11:17