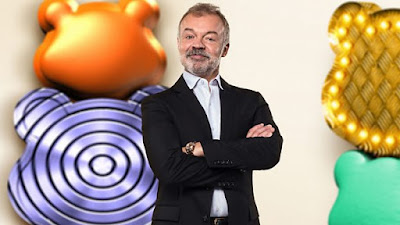 What do you most enjoy about being a part of the BBC Children in Need evening?

There are two things really: firstly the chance to hang out with Mel Giedroyc who is a joy; and the other is being able to see these stories of people who are helped by BBC Children in Need - that is always a highlight.

Has there been a particular highlight moment for you since presenting the BBC Children in Need evenings?

A highlight for me was the Countryfile presenters’ dancing, that was special. John Craven had a belt buckle bigger than his head!

The charity raised £60.7 million last year - would you like to try and beat this staggering total this year?

Last year’s total was amazing and there’s always that pressure that you want to beat it but you never know. Every year you think that surely people’s belts are tightened even tighter this year so you don’t know, but you hope. The British public never cease to amaze with their generosity.

How does it make you feel knowing that you have such a great support from people around the country?

There aren’t many things that unify this great country but I do think BBC Children in Need is one of them. I love it when they do the round ups from around the country including all the different cities and you see the fundraising going on, the town squares are full of people, the schools are getting involved and there’s something about that I find really moving. I love that everyone is working together for the greater good.