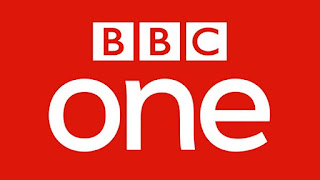 Magic Light Pictures, the multi Oscar nominated and Bafta award-winning production company, has announced that an animated adaptation of Julia Donaldson and Axel Scheffler’s children’s book The Snail and the Whale is in production and set to premiere on BBC One for Christmas 2019.
Published in 2003 by Macmillan Children’s Books, The Snail and the Whale is a firm favourite of the Donaldson/Scheffler collection. The animated half hour will be produced by Michael Rose and Martin Pope of Magic Light Pictures and directed by, Max Lang and Daniel Snaddon. Animation services will be provided by Triggerfish Animation in Cape Town. The special has once again been acquired by Charlotte Moore, Director of BBC Content, and Elizabeth Kilgarriff, Senior Commissioning Editor, BBC Drama.

The half hour animated film is the tale of a tiny snail and a great big, grey-blue humpback whale. Longing to see the world, a tiny snail hitches a lift on the tale of a humpback whale. Together they go on an amazing journey, past icebergs and volcanoes, sharks and penguins, and the little snail feels so small in the vastness of the world. But when the whale is beached in a bay, how will the snail save the day?

Charlotte Moore, Director of BBC Content, says: "I'm thrilled to exclusively announce BBC One and Magic Light are teaming up once again to bring viewers The Snail and the Whale for Christmas 2019, a much-loved adventure for all the family to enjoy."

The Snail and the Whale marks the seventh adaptation by Magic Light Pictures of a Donaldson/Scheffler’s children’s book. The most recent, Zog, will premiere on BBC One this Christmas. Previously, Magic Light produced The Gruffalo and The Gruffalo’s Child, with the former winning over 15 awards as well as nominations for an Oscar, a Bafta and the Cartoon d’Or and delivered audiences of 10 million to BBC One for their respective Christmas Day transmissions. Other titles include Room on the Broom, which received a 2014 Oscar nomination and won a Bafta, an International Emmy and an RTS Award; 2015 ratings hit Stick Man and The Highway Rat which just scooped a coveted Rose d’or in the Children and Youth category at the 57th Rose d’Or Awards held in Berlin.