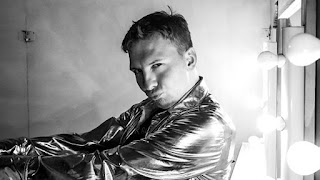 Highlights of the programmes announced by Sioned Wiliam, Commissioning Editor for Radio 4 comedy:

A Comedy Playhouse featuring 12 exceptional, brand new scripts from a mix of both established and new writersGreat new comedy talent with an assortment of stories to tell, including Rosie Jones, Twayna Mayne and Ellie TaylorStand Up Sunday returns for a second series, including shows from Phil Wang and Sofie HagenBrand new programming from well-known names such as Marian Keyes, Suggs, Rowan Atkinson and Hugo Rifkind

Radio 4 presents a new comedy playhouse to showcase 12 standalone half-hour comedies from a selection of the best script writers in the business. The run includes No Gods, No Golf by Zoe Lyons, which tells the story of 46 year-old singleton Zoe, a gay criminal defence lawyer who, with no kids, religion or golf club membership to occupy her, often finds herself wondering what life is really all about.

The Specials by Jenny Laville features Henry, a boy living with his mum, his grandad, his obsession with The Hitchhiker's Guide To The Galaxy, and his autism, while Amna Saleem's sitcom Beta Female explores the multiple identities young women from ethnic minorities must follow to navigate their way through life. Support, written by and starring Bridget Christie, tells the tale of an enthusiastic but incompetent do-gooder who wants to help people in her local town and Jack Bernhardt's British Troll Farm is set in a secret Government unit dedicated to fighting a cyberwar by the power of a million snarky Tweets.

The Mayoress, a merry satire of local politics, daft bureaucracy and small-time power, is written by Brenda Gilhooly and stars Harry Hill, Jack Dee and Michelle Collins. Unite explores class, compromise and step-sibling rivalry when a working class South Londoner falls in love with an upper class property developer, written by and starring Mark Steel, his son Elliot and Ivo Graham. City of Tomorrow sees Craig Archer return to the Television Workshop in Nottingham where he began his career, to help disadvantaged kids. Two problems, they don't want his help and he's got the wrong keys to unlock their potential.

Stand Up Sunday will return for a second series following a successful first run in 2018. This series brings some of the nation's popular comedians to Radio 4 with a version of their touring stand up show and this year includes shows from BBC New Comedy Award 2017 winner Heidi Regan, Phil Wang, Suzi Ruffell, Sofie Hagen and Jacob Hawley.

In addition to upcoming comedy talent, Radio 4 attracts well known names from across comedy, entertainment and culture to our comedy programming. Next year Suggs will present a four-part series, where the Madness frontman shares a love letter to multicultural London through music, history and comedy. Louise Ford and Yasmine Akram will write #GODSWORK, a comedy focusing on three different vicars, all played by Rowan Atkinson, whose churches are based in the North East of England.

Journalist Hugo Rifkind has his first Radio 4 series in Hugo Rifkind's Search For Power which explores what it means to have power in modern Britain.

Marian Keyes brings her world-class storytelling to Radio 4 in Between Ourselves with Marian Keyes, while David Sedaris returns for another series of Meet David Sedaris.

Anneka Rice stars in a one-off programme, The Clemmie Hart Years, which explores the mystery of Anneka's agent, Clemmie Hart.

Joanna Lumley and Roger Allam star in the first full series of Conversations From A Long Marriage, written by Jan Etherington. They play a couple who have been married for over 40 years. Children of the sixties, they're still free spirits, drawn together by their passion for music - and each other.

Sioned Wiliam, Radio 4's Commissioning Editor for Comedy, says: "Radio 4 is the home of comedy and once again we've got some of the biggest comedy names and writers as well as up-and-coming comedians from across the UK who are the stars of tomorrow. Our range of Radio 4 comedy attracts over five million listeners each week, and is hugely popular with a younger audience both on air and in our podcasts, which are regularly near the top of the charts."

Marian Keyes says: "What an opportunity - I was delighted to be asked. I love Radio 4, so many great stories and storytellers - and now me! It'll be great fun to work with the fabulous Tara Flynn, too. We've so much in common and so much to talk about."

Twayna Mayne says: "Having a radio series commissioned by the BBC is brilliant, I never thought that as a hip hop loving teenager who also liked listening to The Archers that one day I'd have my own show on Radio 4. I'm looking forward to bringing my stories about identity and a love for farming dramas to a wider audience."