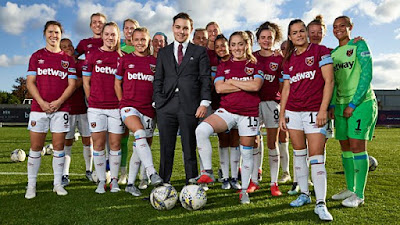 As women’s football explodes into the mainstream in the run-up to next summer’s World Cup, Jack’s dad David Sullivan, one of the richest men in Britain and the Chairman of West Ham United, has tasked Jack with transforming the club’s fortunes.

Filming on and off the pitch across the season, the series will follow the progress of a squad of female players as they debut in the professional Women’s Super League. Having leap-frogged two divisions from the part-time third tier into the newly-revamped league, West Ham United women’s team will now, for the first time, compete at the highest level of the sport, against some of the toughest teams in the world.

Jack’s first full-time job since leaving school at 16 will be overseeing a squad of 18 outspoken, powerful women, and trying to raise the profile of a growing sport often dismissed and derided by male fans. With exclusive access to the club, players and backroom staff, as well as to Jack and his larger-than-life family, this is a revealing and inspiring behind-the-scenes story of what it takes to be a professional female footballer in today’s game, and whether a loveable but inexperienced teenager can change the face of women’s football.

Britain’s Youngest Football Boss (w/t) is made by Curious Productions for BBC Three. Charlie Russell and Dov Freedman are the Executive Producers. It was commissioned by Damian Kavanagh, Controller of BBC Three and David Brindley, Head of Commissioning, Popular Factual and Factual Entertainment. The BBC Commissioning Executive is Michael Jochnowitz. The first two episodes will be released on BBC Three on Wednesday 5 December 2018.