Claes Bang is cast as Dracula in BBC One Show 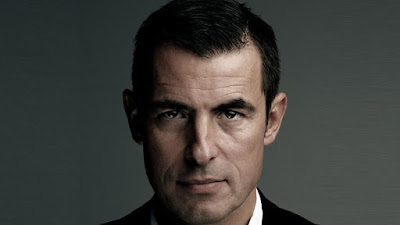 Award-winning Danish actor Claes Bang (The Girl in the Spider’s Web, The Affair, Borgen) will take on the role of Dracula in Steven Moffat and Mark Gatiss’ brand new mini-series inspired by Bram Stoker’s classic novel.

Commissioned by BBC One, Dracula will be produced by Hartswood Films and is a co-production between BBC One and Netflix.

Three feature length episodes will re-introduce the world to Dracula, the vampire who made evil sexy. In Transylvania in 1897, the blood-drinking Count is drawing his plans against Victorian London. And be warned: the dead travel fast.

Claes Bang says: “I am thrilled to be taking on the role of Dracula, especially when the script is in the hands of the incredible talents of Steven Moffat, Mark Gatiss and the team responsible for Sherlock. I'm so excited that I get to dig in to this iconic and super-interesting character. Yes he's evil, but there's also so much more to him, he’s charismatic, intelligent, witty and sexy. I realise that there's a lot to live up to with all the amazing people that have played him over the years, but I feel so privileged, to be taking on this incredible character.”

Hartswood and the Writers say: “It was one of those moments - who else could it be than Claes! He has it all. Brilliant, gorgeous, charismatic, lethal. Tall, dark and gruesome all at once. Hell has a new boss."

Piers Wenger, Controller of BBC Drama, says: “Hell has a new boss... and BBC One has an outstanding new leading man. To say we have lucked out with Claes would be to underestimate the supreme talents of Steven, Mark and the team at Hartswood and their knack for choosing the right actor to redefine an iconic role. Seriously exciting stuff...”

Larry Tanz, Vice President, Content Acquisition, Netflix, says: "Claes will bring Dracula to life with chilling charm and evil elegance. With his talents and Steven and Mark's brilliant storytelling, Netflix members around the world will love to fear this dark and complex anti-hero."

Dracula was commissioned by Charlotte Moore, Director of BBC Content and Piers Wenger, Controller of BBC Drama. It is written and created by Steven Moffat and Mark Gatiss; executive producers are Mark Gatiss, Steven Moffat and Sue Vertue for Hartswood Films, Ben Irving for BBC and it will be handled by Larry Tanz for Netflix.

The series will premiere on BBC One in the UK and on Netflix outside of the UK.

Claes Bang biography
Claes Bang is a Danish actor. Trained at Denmark’s National Theatre School, he was a familiar face on stage and screen in Northern Europe before his breakout role as Christian in Ruben Östlund’s The Square, winner of the 2017 Cannes Palme d’Or. The film was also nominated for an Oscar and Claes himself won Best Actor in the European Film Awards.

In 2019, Claes will be starring alongside Claire Foy in The Girl in the Spider’s Web; opposite Elizabeth Debicki, Donald Sutherland and Mick Jagger in The Burnt Orange Heresy; with Guy Pearce in Lyrebird and Carice van Houten in The Glass Room. In The Bay of Silence, Claes will star opposite Olga Kurylenko and Brian Cox.

Television credits include Borgen and The Bridge and the German series Sibel & Max. He will be starring in Season 5 of the Showtime series The Affair.

Claes has appeared on stage throughout Northern Europe and in London at The St. James’s Theatre and the Riverside Studios.

Fluent in five languages, he is also a talented singer, songwriter and pianist.
Posted by JD at 20:37