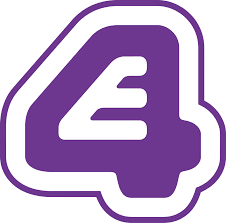 Everyone can recall that nerve-wracking first time they met the in-laws. But what if the make or break moment is already taking place and you have no idea?

For brand-new E4 series BAEwatch, Thames and Motion Content Group will test unsuspecting couples who not only think they have the perfect relationship, but also believe that they’re away on a romantic break just for two. Unbeknown to them, this is a couple’s holiday like no other, as they will be secretly observed by their in-laws, who will be hiding out watching and setting challenges behind-the-scenes to see what the relationship is really like, all before they have even met for the first time.

Each self-contained episode sees the unknowing couple fly out to a luxury villa where they believe they are taking part in a gameshow where they will be challenged to prove how strong their relationship is.  While taking part in the fictional series, every cringey comment, every awkward PDA and every last squabble is being remotely monitored by their in-laws who will set entertaining challenges and questions in order to find out all they can about their beloved child’s partner.

As if that’s not tough enough, the series sees both sets of parents meet up to discuss their offspring’s relationship and their holiday antics before finally surprising the blissfully unaware couple face to face.  The unsuspecting pair will discover just how much they’ve been watched as they view back the most cringeworthy moments of their holiday as one big happy family.

With the chance for first impressions out the window, will the baes impress their in-laws enough to be invited over for Sunday lunch? Or will they disappoint and be struck off the Christmas card list forever?

Phil Harris, Creative Director, Thames said: “We are so excited to bring this new dating show with a sunshine twist to E4. We decided to take the moment you meet your in-laws and explode it E4 style to create a truly funny, cringey and memorable show. We are going to see the Instagram generation completely unfiltered in front of the people they want to impress the most.”

Martin Oxley, Executive Producer, Motion Content Group said: “For some meeting the in-laws is the most stressful part of getting serious in love. The amazing team at Thames have found a unique way for families to interrogate the love in their off-spring’s lives, and the results of the hilarious secret tests will have viewers hiding behind their cushions and thanking their lucky stars it’s not them.”

Vivienne Molokwu, Commissioning Editor, Formats and Features Channel 4 commented: “The series takes a humorous look at a relationship milestone almost everyone can relate to – meeting the parents but multiplies the awkwardness of that often dreaded moment by 100%.”

Email ThisBlogThis!Share to TwitterShare to FacebookShare to Pinterest
Labels: Baewatch