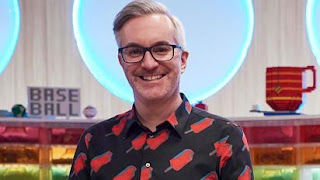 Matthew Ashton, Vice-President of Design for The LEGO Group

Matthew Ashton, originally from the Wirral, is 'Vice-President of Design' at the LEGO Group in Billund, Denmark. He works across multiple LEGO franchises, directing the design teams who create building kits for kids of all ages. Over the 18 years Matthew has worked for the LEGO company he has overseen the development some of their biggest projects, including movie-based lines like LEGO Star Wars and LEGO Harry Potter as well as classic LEGO lines like LEGO City and collectible LEGO Minifigures. Matthew also served as executive producer on The LEGO Movie and The LEGO Batman Movie and was the original creator of 'Unikitty' who now boasts her own spin-off TV show! Matthew is currently working with Warner Brothers on The LEGO MOVIE 2: The Second Part which is due to premiere on the 8th of Feb 2019.

You've got the best job in the world! Explain a little bit about what it is you do.
I'm Vice President of Design for The LEGO Group, which means I work right across the whole portfolio of toys that we do working with the design teams advising them on what makes the best toys and bringing out the best on each of the products that we work on. I'm also Executive Producer on THE LEGO MOVIE 2 so we're busy working on that sequel right now.

How big a role did LEGO play in your childhood?
It was pretty big. When I was younger, I loved all my toys but LEGO was the one I really gravitated towards. It was one of the only things me and my younger brother could actually play with without arguing. It was a bonding thing for the two of us and it was actually when playing LEGO that I imagined what it might be like being a toy designer when I grew up. It was LEGO that inspired me to follow that career.

You're judging alongside Fran Scott, who's an engineer and scientist. When it comes to judging a build, do you two come at it from different angles?
We try to. I come from a toy background so for me it's about the storytelling that the contestants bring to their build and the aesthetics of how it looks and how playable it is as well, whereas Fran will come at it from more of an engineering and structural point of view, so I think we balance each other out in the judging room quite nicely.

Does that ever lead to disagreements?
Occasionally…! If there have been any disagreements on specific challenges we try to look back on how the contestants have done on previous challenges to try and balance out.

How was it working with the celebrity guest judges?
Oh it was so much fun. I get to meet people I really admire myself as well so that's been really exciting. They bring a whole different energy and fun and silliness to the show. We want the show to be fun to watch.

Working with all the contestants, do you ever develop favourites?
I try not to have favourites. While we're on set we've given ourselves quite strict rules about how we interact with each of them. Fran and I don't speak to the contestants unless everyone is in the room. There are of course some contestants who pull on your heartstrings, but we have to take the judging very very seriously and make sure that teams go through who deserve to. That's probably why there's a lot of tears in the show, mainly from me.

It really does get very emotional at times
Yes, and it's really funny because viewers will probably only see me for about 10 minutes each episode, but of course we have something like four days filming for each episode so I get to know the contestants a lot more than it seems on screen.

It does seem like you're a massive weeper!
I have pretty much cried in every episode. I hope they've edited it down to make me look a bit more emotionally stable!

It's unusual to have kids competing against adults in any competition. Why do you think it works here?
One thing it really brings to the show is just how imaginative and creative they all are. They really throw themselves into it, whereas an adult might know all of the bricks inside out and know all of the building techniques but they may have lost a bit of that imaginative spark. I think it does make great TV. It does make the judging really difficult, because you have kids who are nine or ten years old and adults who have forty years of experience playing and building LEGO. I think the kids do really well in this series.

Do you have a favourite task this series?
I really loved the task we did with Johnny Vegas. The contestants had to build a bust of Johnny as a live model. I thought that was really good, especially as when it came to judging you had the real person standing next to the model. Some of them were really good.

Why do you think LEGO has been such an enduring brand?
The one thing with LEGO that's different to a lot of toys is the open ended creativity; the fact that you can put bricks in anybody's hands and they can build something completely different with it. You can let your imagination run wild, whereas a lot of other toys only have one purpose. Even some arts and crafts products, if you try to build something exactly as it looks on the box, it doesn't always look like that and I think with LEGO there's a real sense of pride that we've instilled in kids that whatever they've made – whether they've followed the instructions or built something from their imagination – that they're really proud to show it off to their parents or their friends when they've completed it. And then you can take it apart and build it into something new.

Have you been surprised by just how massive the LEGO film franchise has become?
I'm very pleased. It's been a lot of hard work. We've put everything into making it everything it can be. LEGO's proven itself as a really creative medium in a similar way to, say, Aardman animations making their films with plasticine. We've tried to achieve the same with plastic bricks. The combination of that creative medium and some great storytelling from the directors and the writers we've had on the movies has proven quite successful.

And there's something for kids and something for adults
When you've got directors and producers like Phil Lord and Chris Miller that's going to happen. It's something we were conscious of in the beginning. LEGO is something that has passed from generation to generation, so we have grandparents who played with LEGO, parents and kids too, and we wanted to make movies that appealed to all of those groups.

Do you have an all-time favourite LEGO set?
I love the Star Wars Ewok Village because I was Star Wars obsessed as a kid and there wasn't Star Wars LEGO when I was little. That's one I'm most emotionally attached to.