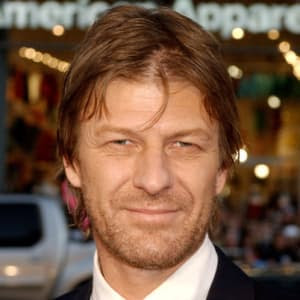 BBC One and Mammoth Screen today announced that Emmy and Bafta-winner Sean Bean (Broken, Game Of Thrones, Lord Of The Rings) will be joining the cast of the epic drama World On Fire by multi-award winning writer Peter Bowker (Eric And Ernie, Blackpool).
Sean Bean says: "I am thrilled to be part of this ambitious drama. Peter Bowker's study of the human stories that thread through this huge global conflict is fascinating and something I look forward to being part of on screen."
Bean joins already announced Academy Award-winner Helen Hunt (As Good As It Gets, Mad About You) and Academy Award-nominated and Olivier Award-winning actress Lesley Manville (Phantom Thread, Mum).
Also joining the cast is Blake Harrison (A Very English Scandal, The Inbetweeners), poet and actor Yrsa Daley-Ward (Today Will Burn), Ansu Kabia (The Long Song) and Ewan Mitchell (The Last Kingdom).
Already announced are rising British stars Jonah Hauer-King (Little Women, Howard's End) and Julia Brown (The Last Kingdom), Polish Academy Award-winner Zofia Wichłacz (Warsaw 44, Amok) and Brian J. Smith (Sense8), along with Parker Sawyers (Southside With You, The Autopsy Of Jane Doe), Tomasz Kot (Gods, Cold War), Bruno Alexander (Eden, Der Verlorene Bruder), Johannes Zeiler (Faust, Codename Holec) and Eugénie Derouand (Genius, Beatrice).
Adam Smith (Trespass Against Us) is directing episodes one and two, Thomas Napper (Jawbone) is directing episode three, Chanya Button (Burn Burn Burn) is directing episodes five and six, and Andy Wilson (Unforgotten) is directing episodes four and seven.
World On Fire is an adrenalized, emotionally gripping and resonant drama following the first year of World War II told through the intertwining fates of ordinary people drawn from Britain, Poland, France, Germany and the United States as they grapple with the effect of the war on their everyday lives.
Filming started in September in Prague and other filming locations include Manchester and Paris.
World On Fire is produced by Mammoth Screen which is part of ITV Studios.
Peter Bowker says: "World On Fire tells the hidden human stories within the big historical events we think we know. From Harry, a young English translator in Warsaw caught up in negotiations with the Nazis and trying to smuggle his Polish lover Kasia out of the country, to Lois, the girl who is waiting for him at home, a young Mancunian factory worker who will come to take all the opportunities the war can offer to live a different kind of life...
"...to Nancy, a female US war correspondent who can't find peace unless her life is at risk, to the Rossler family in Berlin, worried for their soldier son and willing to do anything to protect their disabled daughter from the attentions of the ruling Nazi regime. These are the stories of the ordinary people who shaped our world. Stories of loyalty and brutality, courage and fear, hopes, stories of love and loss, hopes and dreams forged in extraordinary times."
Damien Timmer, Mammoth Screen Managing Director, says: "We're thrilled by the talent and breadth of the incredible cast and production team that have come together to tell this extraordinary story. A drama that pieces together World War II with Pete's characteristic irreverence and humanity, tracing the connections between allies and enemies, and the huge battles we thought we knew. From the siege of Warsaw, to Dunkirk, the fall of Paris and the battle of Britain, here is an epic story told on a human scale, with a truly international cast."
Piers Wenger, Controller of BBC Drama, says: "Pete's funny, humane and poignant writing gives us a perspective on those early days of the Second World War which we have never seen before. Spanning four nations, the canvas for the drama is vast, but the experience Pete gives us is boots on the ground, granting us special insight into one of the most pivotal and seismic moments in twentieth century history. It is an honour to be working with Pete, director Adam Smith and producers Mammoth Screen as they bring this story to life."
World On Fire is a 7x60' series produced by Mammoth Screen for BBC One. It is written by Peter Bowker, developed by Mammoth's Creative Director Rebecca Keane and executive produced by Peter Bowker, Damien Timmer and Helen Ziegler for Mammoth Screen and Lucy Richer for the BBC. The Series Producer is Chris Clough.
Posted by JD at 20:09