Sky confirms seasons two and three of A Discovery of Witches 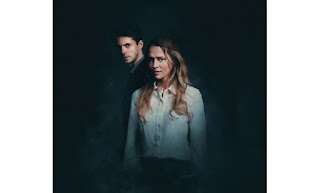 A second and third season of A Discovery of Witches are on the way after the first bewitched nearly two million fans.

Adapted from Deborah Harkness's bestselling All Souls trilogy, the Sky original production, which launched in September and was produced by Bad Wolf, was the biggest drama on Sky One this year. Seasons two and three will be returning to the channel and NOW TV, bringing to life the remaining stories from the trilogy.

Anne Mensah, Sky's head of drama, said:"Season one was a brilliant introduction to the All Souls world and the love story between Diana and Matthew. We can't wait for the show's fans to continue the journey with seasons two and three, become more enchanted by the characters and watch the magic further unfold."

A Discovery of Witches is a modern-day love story, set in a world where witches, vampires and daemons secretly live and work alongside humans, hidden in plain sight.

In the second season, Matthew (Matthew Goode, Downton Abbey) and Diana (Teresa Palmer, Hacksaw Ridge) are hiding in time in the fascinating and treacherous world of Elizabethan London - here they must find a powerful witch teacher to help Diana control her magic and search for the elusive Book of Life.

Back in the present day, Diana's beloved aunts, Sarah and Em, must take shelter with notorious witchhunter Ysabeau de Clermont at her ancestral home, Sept-Tours. Meanwhile, in Oxford, Marcus and Miriam take on Matthew's mantle to protect daemons Nathaniel and Sophie, whose pregnancy is advancing. And Gerbert, Knox, Satu and Domenico are determined to hunt down every clue they can to Diana's and Matthew's disappearance, and the secrets their allies are keeping from them.

Jane Tranter, Executive Producer, Bad Wolf, added: "We were absolutely thrilled that A Discovery of Witches was such a hit with viewers. There was a real sense of community throughout the run as fans old and new joined together to watch each week. We cannot wait to continue the journey with them and, as the show continues to sell around the world, expanding the global fanbase for these engaging and fascinating characters."

Deborah Harkness, Author and Executive Producer, added: "Given how warmly the first season was received, I'm thrilled that we will continue with the story of the All Souls Trilogy for two more seasons. There is so much to look forward to as we travel into Matthew's past and delve further into the mysteries surrounding Diana's power and Ashmole 782."

Made by Bad Wolf Limited, A Discovery of Witches season two will be written by Sarah Dollard (Doctor Who, Being Human) and Susie Conklin (The Musketeers, Cranford), who will also serve as an Executive Producer alongside co-founders of Bad Wolf, Jane Tranter and Julie Gardner, and Lachlan MacKinnon along with Deborah Harkness.