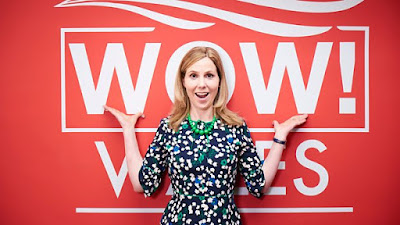 Starring acclaimed comedy actor Sally Phillips (Bridget Jones’s Diary, Miranda and Smack the Pony) as Elaine Gibbons - the hapless boss of a fictional Welsh tourism board, the mockumentary will again be written by Gareth Gwynn, Sian Harries and Tudur Owen.

The Tuckers, originally a one-off special for BBC Wales, was written by and starred Steve Speirs (Stella and Upstart Crow). BBC Wales also confirms today that the sitcom - telling the story of a family of chancers, low on cash but high on spirit - will now be developed into a full series.

Both productions were part of BBC Wales’ recent Festival of Funny - a season celebrating the new and established range of comedy that exists in Wales.

Paul Forde, Commissioning Executive for Comedy, says: “The recent Festival of Funny demonstrated the wealth of comedy talent that exists in Wales. Tourist Trap, the first comedy on BBC Wales TV in nearly a decade was so well received by the audience that we wanted to establish it with a second run. We’re also pleased to greenlight a full series of The Tuckers with a writer and performer of Steve Speirs’ calibre.”

In addition, BBC Wales has announced the launch of a new development budget aimed at commissioning the next phase of its comedy strategy.

Nick Andrews, Head of Commissioning, says: “Audiences are consuming comedy across multiple devices and platforms and we want BBC Wales to be leading the charge and developing the generation defining comedy of tomorrow. This development fund will allow us to discover and then incubate the very best of Welsh comedy talent.”
Posted by JD at 11:46