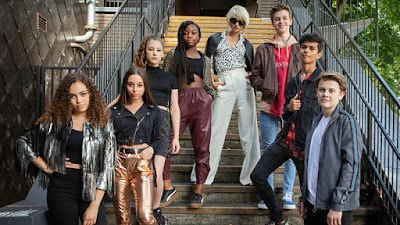 A story of family, friendship, loyalty and embracing your dreams in a brand new CBBC comedy drama.
It’s the final of the nation's top TV talent show The Spotlight, and boy band The Wonderland are pitted against all-girl band Girls Here First.

It’s a tense moment as host Tess Daly is about to announce the winners, a prize that both bands so desperately crave. When the boys don’t win, what happens next? They came so close to achieving their dreams and now they’re left adrift with no backing and no plan.

CBBC’s brand new comedy drama Almost Never charts the ups and downs of The Wonderland as they juggle home life, school and relationships, alongside their dreams of pop stardom. It’s a story of family and friendship, loyalty and dreaming big. The Wonderland strive to embrace their dreams whilst dealing with everything that teenage life throws at them.