An all-star cast announced for The Trial of Christine Keeler 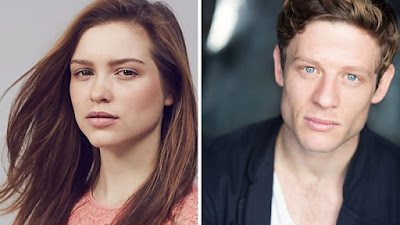 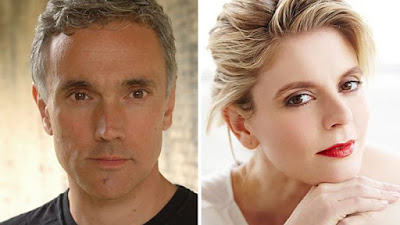 Written by Bafta award-winning novelist and screenwriter Amanda Coe (Apple Tree Yard, Room at the Top, Life in Squares) and directed by Andrea Harkin (Come Home, Clique), The Trial of Christine Keeler takes a fresh look at one of the most infamous British stories: the chain of events in the 1960s that came to be known as the Profumo Affair.

At the centre of the storm was 19-year-old Christine Keeler (Cookson) - a young woman whom the powerful, male-dominated establishment sought to silence and exploit, but who refused to play by their rules.

The Trial of Christine Keeler takes us behind the headlines to tell a human story about the sexual and cultural politics of one of the most revealing and iconic stories of modern times.

Filming began this week in Bristol.

Sophie Cookson says: “I'm delighted to be playing Christine Keeler in this new drama. Amanda Coe has written an illuminating script about a vivid, complex woman who has previously, it seems, been reduced and misunderstood. Now feels like the perfect time to reconsider her life, and redress the balance.”

James Norton says: “I’m delighted to be working with the BBC on this fantastic drama. The opportunity to play Stephen Ward alongside this stellar cast and crew is something I’m really looking forward to.”

Kate Triggs, Executive Producer for Ecosse Films, says: “I am thrilled that Amanda’s wonderful scripts have attracted such an exciting and stunning cast. They all bring something unique and fresh to the story and will be so compelling to watch. Sophie Cookson is the perfect Christine, embodying all her complexity and incredible spirit”.

Piers Wenger, Controller of BBC Drama, says: “Casting actresses who could authentically convey the age and experience of the young women at the centre of this piece was key to achieving Amanda’s vision for this story. I’m delighted that we have two actresses of such calibre in the roles of Christine and Mandy, and actors of real skill and complexity in James and Ben, to play alongside them.”

The Trial of Christine Keeler is an Ecosse Films and Great Meadow co-production for BBC One. The executive producers are Kate Triggs and Douglas Rae for Ecosse Films, Amanda Coe and Lucy Richer for BBC. Rebecca Ferguson will produce.

The series is commissioned by Charlotte Moore, Director of BBC Content, and Piers Wenger, Controller of BBC Drama.

Keshet International will distribute internationally, while working alongside Endeavor Content to co-distribute the six-part series in the US.

The Trial Of Christine Keeler is the first title to benefit from financial support from the KI Content Fund. Launched earlier in March this year by Keshet International with several of Israel’s largest holding and asset management companies, KI’s five year content fund aims to bring high-profile projects with global appeal to a wider audience by also utilising KI’s worldwide distribution prowess.
Posted by JD at 13:14

Email ThisBlogThis!Share to TwitterShare to FacebookShare to Pinterest
Labels: The Trial of Christine Keeler