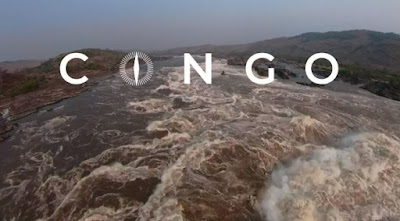 A new virtual reality documentary series from the BBC takes viewers into the heart of the Democratic Republic of the Congo, one of Africa’s most dangerous and beautiful countries.

Produced by BBC VR Hub and BBC News, the new three-part series, Congo VR, is now available for free on the BBC VR app, the BBC News YouTube channel and at bbc.co.uk/virtualreality.

Congo VR is a sequel to Damming the Nile VR, the Rose D’Or-winning series that took viewers to Ethiopia, Sudan and Egypt to explore the water politics surrounding the world’s most famous river. This time, viewers are back on assignment with BBC Africa correspondent Alastair Leithead in the DRC as he explores this conflicted country.

The first episode, titled A Troubled Past, sees viewers board a train to the nation’s vibrant capital Kinshasa, where they meet the stylish Sapeurs, who embody the capital’s energy and brash confidence. They’ll take a journey up the Congo river to join pygmies on a forest hunt, while hearing about the abuses suffered during colonial times. In the far north, viewers will visit the home of former President Mobutu Sese Seko, the dictator whose luxury palace was once frequented by the rich and famous, including boxer Mohammed Ali, but now lies in ruins, lost to the jungle.

In the second episode, War and Disease, viewers join the Wagenia fishing community in Kisangani as they fish from rapids in the Congo river. That’s the last safe stop before a journey into war-torn Eastern Congo, where UN peacekeepers are attempting to deal with both terrible violence from a dangerous militant group and an Ebola outbreak. Viewers also get a glimpse of the difficult life faced by the hundreds of thousands of people in temporary camps who have been driven from their homes by violence, where everyone lives on edge.

The third and final episode, Great Riches, has viewers journey deep into the rainforest, where they come face-to-face with Eastern Lowland Gorillas, which offers a privileged close-up look at this beautiful and critically endangered animal. They’ll also visit the Congo’s mining heartland, Katanga, and consider why a country that sits on top of extraordinary mineral wealth – with cobalt, copper, gold and diamonds just below the surface – is actually one of Africa’s poorest.

Alastair Leithead, BBC Africa correspondent, says: “To take viewers on an immersive journey up the Congo River is a great opportunity for them to experience just how much more there is to this vast country than the stereotypes of war and disease. The DRC has been haunted by the image of Conrad’s novella the Heart of Darkness for more than a century, but it’s a beautiful, rich and vibrant place. Hopefully, by going on an expedition with us on the river, viewers will get a deeper understanding of the history, the challenges, and the great potential of the DRC.”

Zillah Watson, head of BBC VR Hub, says: “This wonderful follow up to the award-winning Damming the Nile VR takes you right into the heart of this dangerous but beautiful country, somewhere the vast majority of us are never likely to visit. Riding along in the UN’s armoured vehicles you can feel the very palpable sense of danger, and getting so close to the Eastern Lowland gorillas in such an immersive way is an extraordinary thing to see. That’s the beauty of VR, it can give you experiences you could never get anywhere else.”

Congo VR is now available to view for free on the BBC VR app and at bbc.co.uk/virtualreality. It can be viewed in VR on the Oculus Go and Samsung Gear VR.