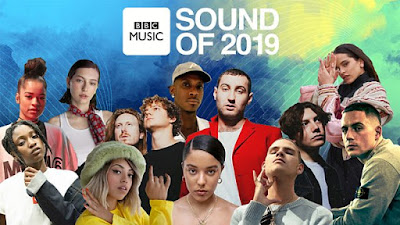 BBC Music Sound Of 2019 today revealed its longlist of artists who are tipped for success next year. The longlist has been chosen by a panel of industry experts including Stormzy, BBC Radio 1’s Annie Mac, Emily Eavis and Olly Alexander.

The BBC Music Sound of 2019 longlist (in alphabetical order) is:

Dermot Kennedy
Dublin born  Dermot Kennedy has not stopped since the release of his 2017 EP Doves And Ravens, winning him acclaim from across the industry. The clash of urban, electronic beats against the intimate guitar-led storytelling has made him an exciting act to follow.

Ella Mai
Ella Mai got her big break after uploading videos to her Instagram account and being spotted by DJ Mustard.

Flohio
South London MC Flohio’s energy has earned her spot on the longlist as an exciting talent to follow in 2019.

King Princess
Born and raised in Brooklyn, KP is a vocalist, multi-instrumentalist, songwriter and producer whose break came after the release of 1950, which explores how LGBTQ people once had to keep their love hidden, and why that still affects modern relationships.

Mahalia
British rising star Mahalia has enjoyed an incredible year, becoming one of the UK’s most exciting female artists to hit the scene.

Octavian
Born in France and raised in London, his turbulent upbringing has seen him homeless and drop out of the Brit School. Forward a few years later and the rapper now counts Drake as one of his fans.

Rosalía
Also in the running is Spanish singer Rosalía, whose modern interpretations of flamenco music fused with electronica and nu-R&B has won her praise from the likes of Pharrell Williams.

Sea Girls
London four-piece Sea Girls have had a busy summer touring several festivals, and are set for an even busier 2019 with an almost sold out UK tour.

SlowThai
Last but not least is SlowThai, the rapper from Northampton who started out freestyling with the older kids from his estate and has now cemented himself as one of the most exciting new rappers in Britain.

The daily countdown of the Top 5 will kick off on Monday 7 January 2019 in Annie Mac’s show on BBC Radio 1 (7pm-9pm). The winner will be announced on Friday 11 January.

Sigrid says: “BBC Music’s Sound Of 2018 helped me so much with reaching a new audience and giving my music some extra exposure on the radio. I’m still very thankful for being chosen as this year’s Sound Of, and I am so excited to see who this year’s winner will be!”

Annie Mac says: “The Sound Of longlist is filled with incredibly talented people and is a real reflection of where music is heading in 2019. So many of the artists are truly innovating in their fields. It’s exciting to champion new music across the BBC and share these artists with the audience. 2019 is going to be a very special year.”

James Stirling,Head of BBC Music & BBC Music Introducing, says: “For 17 years the BBC Music Sound Of list has been celebrating exciting up-and-coming talent and this year we are proud to recognise the work of such an eclectic mix of musicians.  There’s a wealth of talent coming through and I look forward to seeing the artists build their reputations in 2019.”

A range of music, videos, interviews and biographies from each of the Top 10 acts can also be seen on the BBC Music Sound Of 2019 website and a playlist will be made available on BBC Sounds.

The list was compiled using recommendations from 136 influential music experts, who were asked to name their three favourite new acts.

All participants were asked to name their favourite three new acts, who could be performers from any country and any musical genre, whether or not they are signed. They cannot have been the lead artist on a UK top 10 single or album before 22 October 2018.

They must not already be widely known by the UK general public (for example, a member of a hit band going solo or a soap star, a winner of a national talent search show such as X Factor or The Voice in the last three years).

Further details of the panel and how the list was compiled are available on the BBC Music Sound Of 2019 website.