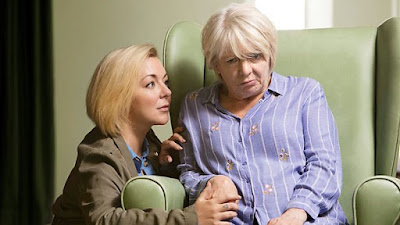 Sheridan Smith, Alison Steadman and Sinead Keenan star in Care, a new 90-minute drama from Jimmy McGovern, co-written with Gillian Juckes whose real life experiences formed the inspiration for the story.
Sheridan Smith is Jenny, a mother of two raising her girls alone after the departure of her husband. Her one lifeline is Mary (Steadman), Jenny’s widowed mother, whose help with childcare allows Jenny to hold down her full-time job at the supermarket. When Mary suffers a devastating stroke and develops dementia, their world comes crashing down and everything changes for Mary, Jenny and her sister Claire (Sinead Keenan).

Finding herself torn between her own life and the wellbeing of her mother, Jenny soon discovers that another way could be possible - but she’ll have to fight for it. 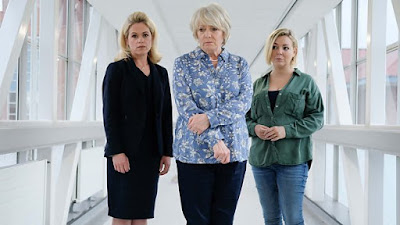 An introduction by co-writer Gillian Juckes

I am delighted that the BBC and LA Productions have given me the opportunity to get this important story out there. Most of all I’d like to thank the amazing writer, Jimmy McGovern for wanting to collaborate with me and having faith in my work.

Care is not just one story, but a story of the strength and resilience that many families of dementia patients need to find, to tackle not only the emotional, physical and practical consequences that this disease brings with it, but also the complex social, financial and political issues that need to be dealt with at a time when they are at their most vulnerable.

I think Sheridan, Alison and Sinead have all done an incredible job and delivered outstanding performances.

I wanted the story to focus on women, because it is another issue that impacts disproportionately on the lives of women. Not only is it a disease that directly affects more women in older age groups, but also, in the UK the majority of carers for people with dementia are women. In addition, I know that a significant number of female carers have gone from full-time to part-time employment as a result of their caring responsibilities.

Caring is going on behind closed doors. Carers are sacrificing their careers, financial independence and mental health to carry out this work. Dementia patients cannot fight for themselves so it’s up to us as a society to fight for them and to treat dementia with the dignity it deserves.