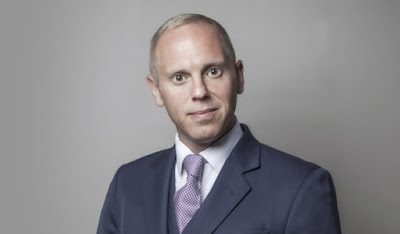 Channel 4 and Expectation are taking an uncompromising look at 2018 with everyone’s favourite TV judge, Rob Rinder in an end-of-year review show, it was announced today (Tuesday).

Rob Rinder’s Good Year Bad Year, is a one-hour special which will see Rob cast his razor sharp legal mind, clear minded analysis and acerbic tongue over the events and funniest moments of 2018 to judge once and for all whether the year will be chalked up as being a 'good' or 'bad' one.

Accompanied by a host of celebrity guests including Anthony Scaramucci, Deborah Frances-White and Ed Balls, Rob will delve deep into all the news stories, people and talking points of the year. Uncompromising, perceptive and funny, Rob will make us all reconsider what we previously thought about 2018 with a fresh take on the big themes of the year while also bringing us the hilarious tiny details we’ve already forgotten in our post-Christmas booze haze.

Rob Rinder said: “2018 has been the spewing drunk uncle of years, when reason died and was replaced by shouting. Politics is no longer rational argument but a Sunday afternoon wrestling match. The year has left everyone sick, exhausted, and so angry they’re not even talking to each other. It’s basically been like a year of Boxing Day. I’m going to buck that trend, smash through the echo chambers and burst the filter bubbles, whilst playing some incredibly funny clips.”

Ben Wicks, Creative Director, Comedy Entertainment, Expectation, said: “With a reputation for his straight-talking, no nonsense approach to any situation, Rob is the perfect person to help us through the post-Christmas blues with this hilarious and insightful look back over 2018.”

Syeda Irtizaali, Commissioning Editor, Entertainment Channel 4 said: “I am so excited to get Rob’s authentic voice on Channel 4. Intelligent, witty, provocative and thought-provoking, he is the perfect host to really delve into a year of madness and hyperbole and find the glimmers of hope and humour.”