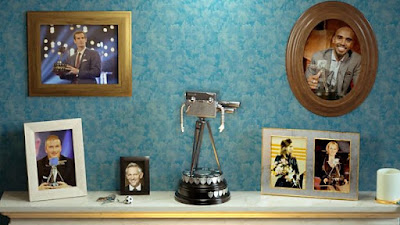 The BBC Sports Personality of the Year trophy has finally spoken out about his wonderful 65 year career living with some of the world’s greatest sporting stars.

Voiced by comedian Paddy McGuinness, the trophy sits perched on a mantelpiece surrounded by photographs of some of his famous friends.

The cheeky trophy spills the beans on life with the Beckham’s and their love of him - he is a camera after all! He also shows off his flexibility in doing the 'Mobot' - a trick he learned from his time living with Sir Mo Farah - not bad for a 65 year old!

But it’s Andy Murray, he yearns for - after three years together the pair did become very close.

Trophy says: “I thought it was about time I opened up about my life, as I’ve experienced some beautiful moments with my companions over the last 65 years. I do miss having breakfast with Andy but I’m looking forward to meeting my new pal on 16 December.”