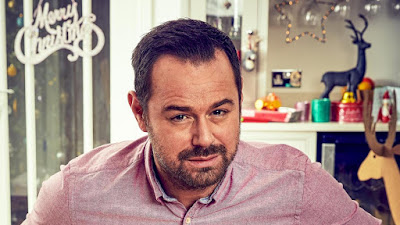 Actor and broadcaster Danny Dyer, the unofficial man of the people, is to deliver this year’s Channel 4 Alternative Christmas Message.

Picture the scene, the post-Christmas Day kitchen carnage, rubbish everywhere, everyone fighting to be heard and nowhere to sit down and relax. Enter Danny Dyer.

Sipping tea out of a Prince Harry & Meghan Markle Royal Wedding mug, Danny reflects on a “pretty full on” year. He goes on to give his view candidly about the lack of leadership in this country.

"That shambles down in Westminster, what a palava that is. I mean where are our leaders? Where are they? There’s been more backstabbing than we have in Albert Square.”

Donald Trump doesn’t get off lightly where Danny is concerned either – he gets both barrels for both not turning up to the Armistice memorial as it was raining and for cancelling his trip to Britain.

“It ain't any better for the Yanks though is it, you know, what an absolute melt they've got there. He don't want to turn up to memorials because it's raining. He don't fancy a little trip to Britain because there's people here that just don't like him. Leave off.”

On a more positive note, Danny raises a glass to both to the heroes of 1918 to mark both 100 years since the Armistice of World War I and the victory in the fight for the women’s vote.

In the Alternative Christmas Message, which will be broadcast on Christmas Day at 3.50pm on Channel 4, Danny calls for more heroes and role models, citing his mum, Nan – and in later years, Harold Pinter, as his.

“That’s what I think we need more of, heroes, role models. If we need anything for 2019, it’s for each of us to find who we look up to. Could be your mum, could be your dad, your stepdad, your Nan, teacher, social worker. Maybe even a handsome roguish actor off your favourite soap.”

He talks of Pinter, “a father figure I didn’t even know I needed,” teaching him “that where I came from didn’t dictate where I went to” and he’s tried to pass this message on.

“I teach my girls they can be who they want to be, and I try and teach my boy to be a good man. Now don’t get me wrong, I ain’t no saint, you know, I can do better. I think we can all do better. And as dads, we can’t stop trying to do better until there’s no need for hashtags to remind us that no means no.”

He signs off with a thoughtful reflection, “Life can get a little stressful and we might get on each other’s nerves a bit, but remember how much there is to be proud of, to be grateful of, and get yourself a Harold, you know, if you can …. Merry Christmas, my loves.”