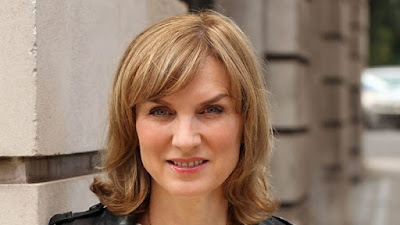 Fiona Bruce has been announced as the new presenter for BBC One’s Question Time.

Fiona has been a regular presenter of the BBC’s News at Six and News at Ten since 1999, and has reported on and presented news and current affairs at the BBC for 25 years.

She has also presented Antiques Roadshow on BBC One for 11 years, as well as hosting the successful arts series Fake Or Fortune? since 2000.

Fiona Bruce says: “It is an honour to be asked to take on one of the great political programmes of the BBC. Particularly at a time of such historic change for the UK and tumult at Westminster.

“For many years Question Time has been presented by one of my television heroes, so I am thrilled and not a little daunted to be stepping into his shoes. But it is a programme I have watched for as long as I can remember and have long wanted to be part of. I can’t wait to get started.”

Fran Unsworth, Director of BBC News and Current Affairs, says: “Question Time is one of our flagship political programmes, giving people across Britain the chance to hold the powerful to account. David Dimbleby has done an extraordinary job as chair over the last 25 years.

“David is a tough act to follow, but Fiona impressed us all - with her authority, warmth, and ability to connect with the audience and champion their concerns. We’re delighted to have her at the helm.”

Charlotte Moore, Director of BBC Content, says: “The role of Question Time host has a unique place in British political life, bringing together the public and politicians every week in front of millions of viewers on BBC One.

“David has been a wonderful host for many years. Fiona’s huge experience and long-established relationship with audiences make her the ideal person to follow in his footsteps.”

Fiona will take up her role on Question Time when the new series returns on 10 January 2019.

The selection process for the role included candidates each hosting a pilot episode of the programme, including panellists and a live audience.

Further Biography
Fiona has been a journalist at the BBC since 1990. Starting as a researcher on Panorama, she soon progressed to become a reporter on prime time current affairs series, including Newsnight and Panorama. For four years she reported on her own investigative current affairs series, Real Story, which won five awards from the Royal Television Society.

Fiona presented Crimewatch from 1999-2007.
In 2001, Fiona became the first woman in the BBC’s general election studio team.
Fiona has also written and presented BBC documentaries about Lord Alan Sugar, Bill Gates and Cherie Blair respectively as well as numerous arts documentaries.
She has also been part of the BBC’s live events team, including for the wedding of the Duke and Duchess of Cambridge.

Fiona will continue to present the main news bulletins regularly and will still present Fake Or Fortune? and Antiques Roadshow.