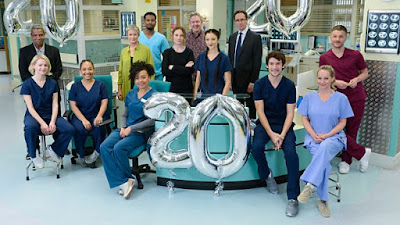 2019 is set to be a major year at Holby City Hospital, as the long-running drama series will celebrate its 20th anniversary with a host of guest appearances from previous Holby classic characters and fan favourites across the anniversary year.

Sharon D. Clarke and Denis Lawson will lead the charge, as the series delves into its rich history and celebrates two decades on screen.

Holby’s year of celebrations will roll through to a special tribute to Holby City’s 1000th episode in autumn 2019, more details of which will be revealed in due course.

Piers Wenger, Controller of BBC Drama, says: “It is a fantastic achievement for Holby City to be celebrating its 20th anniversary next year. The series continues to be a much loved BBC drama, with a loyal fan-base who tune in in their millions every Tuesday, 52 weeks a year. The past 20 years has seen the series tackle and raise awareness of so many important social and medical issues, from Parkinson’s and dementia to male mental health. We’re extremely proud of the show - Happy Birthday Holby!” 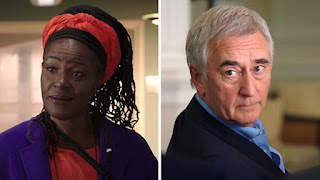 Sharon D. Clarke reprises her role as Lola Griffin, ex-wife of Ric Griffin (Hugh Quarshie). She is back for one episode to hold a mirror up to Ric, reflecting on his years at Holby. Denis Lawson returns for two episodes in the New Year as Tom Campbell-Gore, a cardiothoracic consultant last seen towards the end of series six. Having spent the last fourteen years rebuilding his reputation, Tom meets old rival Ric, who he must compete against to win crucial funding at an Innovation Conference, and introduces new surgeon Ange Godard (Dawn Steele) to Holby.

Denis Lawson says: "I have great memories of my time on Holby City and I’m delighted to be back on my old stomping ground with the Holby cast and crew."

Sharon D. Clarke says: "I spent three and a half happy years playing Lola. She was the kind of woman I would have loved to have seen on my screen when I was growing up. I was very proud to bring her to life and be a part of the Holby family. I’m so excited to be treading the wards again, and seeing what Lola will be getting up to for Holby’s 20th Anniversary. Hey, Ric, Lola’s back in town!"

Simon Harper, Executive Producer of Holby City and Casualty, says: "It’s a massive thrill to have Denis back, not only as one of our country’s foremost actors but also as one of Holby’s original bad boys in the show’s early years! Tom Campbell-Gore hasn’t changed a bit since he left Holby 15 years ago and definitely has some scores to settle with Ric…

"It’s fantastic to have Sharon back and a great coup given how in demand she is - not only is she a fabulous actor and a much-loved tender, funny Holby character but we clearly couldn’t let the anniversary pass without the appearance of one of Ric’s many ex-wives to ruffle his feathers."

More names are set to join Sharon and Denis across the year.
Posted by JD at 14:46