Interview with James Buckley for The Inbetweeners: Fwends Reunited 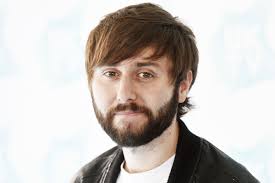 It’s ten years since The Inbetweeners first appeared on TV. How did it change your life?

I don’t know really. I got paid, and I was in this successful show, but I’m not really sure how much it’s changed my life other than that. I feel like I’m the same person. It was good fun doing it!

What had you done before The Inbetweeners?

I was in a TV show called ‘Orrible with Johnny Vaughan, I did the last series of Teachers, I did two or three different characters on The Bill. Just stuff like that. The Inbetweeners was the first thing that really took off.

What do you remember of the audition process?

I remember it was quite long. It felt like pretty much everyone I knew who was my age and was also an actor read for it. I know that they were doing auditions in Edinburgh as well, up at the Fringe. It was just a really long process; I didn’t know what was going on or what they were really looking for.

How was it meeting your fellow cast mates for the first time? What were your first impressions of them?

It was really weird meeting the other boys for the first time. That was pretty much the last audition, where they had the four of us together, and we read, and it was just quite weird. The way we are now was exactly how we were the first time we met. We we were just all very comfortable taking the piss out of each other straight away.

Was the show actually fun to film, or was it just a job with antisocial hours and lots of lines to learn?

It was the best fun. It was the best job you could ever have. It was just hanging out with your mates, mucking about, having fun, making each other laugh, and maybe we might film some stuff that could be put on television. It doesn’t really get any better than that. To be paid to do that! I still, to this day, can’t believe how lucky I was.

What sort of a teenager were you?

I was still a teenager when we filmed this – I think I was 18 when we shot the pilot and 19 when we did the first full series. I think I was a pretty ordinary teenager, boring, just played video games with my mates and went to the pub, stuff like that. Just very normal.

I liked playing Jay. I don’t think I could be around someone like that for too long, for any extended period of time. I think I’d get wound up. It’s good fun to play a character like that, to do stuff, to behave in a way that you’d probably feel too embarrassed or ashamed to in real life. It’s like a purge. It was really great to be able to get away with the things I said and did. And Jay’s a really funny character; he makes a lot of people laugh, so I loved playing him.

Did you have any input into how the character developed?

No. And this is another reason why the job was so good! I didn’t have to think about anything. Iain and Damon [the creators] had it all there. It just needed someone to read it, and I happened to be the lucky person to do that. It meant I could spend most of my energy just winding up Joe Thomas. It was all Iain and Damon.

When did you first realise the show was going to be a hit?

I can’t really remember. It was a really slow process. It took a while to catch on, and there wasn’t a time where I suddenly realised that the show was popular and people liked it. It just slowly happened, and more and more people were watching it on TV and stuff. I can’t remember a time where we all sat down together and popped a bottle of champagne and patted each other on the back to say “It’s a hit.” That never really happened, it was just a real slow-burner before people started to get into it.

Did the first film take it to a whole new level?

It’s in hindsight, really, that I appreciate what we did. No-one made TV shows into movies at that point, because that had a famous history of going badly – no-one had done it for 30 years or whatever. That was very much a possibility with doing the movie for The Inbetweeners. We didn’t know if it was going to work or if people were going to like it. I think we all felt like if we just kept doing what people liked us doing, then maybe other people would get it, but there was still this stigma around TV shows adapted for movies, and we had to overcome that. And we did. I haven’t really ever thought about it until now, but it was pretty good to have a couple of hit movies off the back of the show.

On the night, you’ll be reunited with the boys – do you ever manage to all get together?

We do sometimes, but we mostly communicate through text or email. We’ve got a weird relationship, it’s genuinely like family. You can have your brother move away and you don’t see them for a year, but you have that bond and you pick up straight where you left off. We are like family, and any excuse to get together we’ll take. That’s why we’re doing this show – it’s just an excuse to meet up. It’s difficult with kids and work and stuff like that, and we don’t live near each other, so it’s not like we can just pop round and see each other. So this is a nice excuse to spend a few days together.

Have you any idea what we can expect on the night?

I’m just going to turn up, and I get to see Joe and Simon and Blake, and Ian and Damon, and my attitude will be the same as it was with the series and the movies – if we make a TV show at the end of it then great, but I just really want to see those guys.

Do you have any favourite scenes from the show?

I haven’t really watched it. I would rather watch Blackadder thousands of times. I’m sure there are people who probably watch The Inbetweeners that much. It’s probably, like, if I ask Rowan Atkinson what his favourite Blackadder episode was, and he’s like “I can’t really remember, because it was a while ago and I never really watched them back…”

“… and I spend all my time watching The Inbetweeners.”

[Laughs] That would be the greatest!

Email ThisBlogThis!Share to TwitterShare to FacebookShare to Pinterest
Labels: The Inbetweeners