Interview with Simon Bird for The Inbetweeners: Fwends Reunited 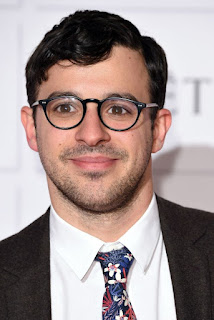 It’s ten years since The Inbetweeners first appeared on TV. How has it changed your life?

What had you done before The Inbetweeners?

I’d done a lot of live comedy. I met Joe at university and with him and some of my other friends we did lots of sketch shows and stand up. We did that at the Edinburgh Festival and in London. We had sort of odd jobs, me and Joe, writing sketches and jokes, including for Iain Morris and Damon Beesley (who wrote The Inbetweeners). That’s how we got to know them and eventually how we got the part. So just pure nepotism! Old-school nepotism.

What do you remember of the audition process?

Well I remember not being allowed to audition for about a year because Iain and Damon said I was a) too old and b) too camp. They said there wasn’t a part in the show for me or Joe. This was around the time when Skins had just come out and that was obviously a huge success. They’d cast fifteen and sixteen year olds to play fifteen and sixteen year olds which makes sense. So Iain and Damon were trying to do that. And Blake and James are slightly younger than me and Joe, so they sort of achieved that with them. But with Will and Simon, those are the characters that are based on them – Will is Iain and Simon is Damon. I think they were just very protective and didn’t really like the idea of giving those parts up to anyone. But Joe and I hung on in there and eventually Iain and Damon ran out of time, as we knew they would. They realised about three days before filming that they had to cast someone. I think it was out of desperation really that me and Joe got cast.

I can’t imagine anyone else playing them, though

What sort of teenager were you?

I mean I was essentially Will, obviously, sad to say. I didn’t have a briefcase but I had a pretty structured backpack.

When did you first realise the show was going to be a hit?

Do you think the first film took it to a whole new level?

Yeah I think so. I admired the pure cojones of Iain and Damon to think we deserved to make a film. Lots of TV shows have done that since but at that time it wasn’t a standard thing to do. Back then the idea of turning this pretty lo-fi low-budget sitcom about four underachieving losers into a film felt totally audacious. It felt like we were just taking the piss, to be honest.

What do you get shouted at most by fans of the show?

Oh, all the ones you’d expect. ‘Briefcase Wanker’ is obviously a classic. ‘Bumder’ is a bit of a go-to. All the old favourites.

On the night you’ll be reunited with the others – do you manage to get together a lot?

We do. Not as much as we’d all like to but we met up a couple of months ago and went out for dinner. I see Joe quite a lot. But Blake and James don’t live in London anymore so it’s a bit trickier to see them.

Tell us about your upcoming projects

For the last six months I’ve been working on a film which I have directed called ‘Days of the Bagnold Summer’. Coming to cinemas soon hopefully.

Email ThisBlogThis!Share to TwitterShare to FacebookShare to Pinterest
Labels: The Inbetweeners