Karl Pilkington’s Sick of It recommissioned for a second series 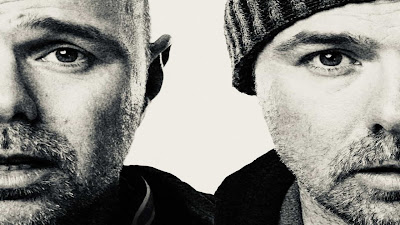 The Sky original production Sick of It is set to return to our screens as a second series of the scripted comedy gets greenlit. The scripted series, written by Karl Pilkington and Richard Yee, his long-time producer and director, will air late 2019 on Sky One and NOW TV.

The launch of Sick of It was part of a record-breaking year of comedy on Sky One. Karl and his grumpy alter ego return with more helpings of humorous philosophising in a second instalment of the critically acclaimed comedy drama. After Aunt Norma replaces Karl with a young sparky care worker, it triggers a bout of soul searching about how little he’s achieved in his life. As Karl attempts to get a new job, earn enough money to move out of Norma’s house, and start dating again, he has to contend with the new carer who not only looks after Norma but begins to take over his life too.

Karl Pilkington said: “I should be chuffed that people liked it enough that Sky want a second series, but just like in Sick of It, my inner voice is reminding me of the sleepless nights and stress I went through when doing the first series. I can never enjoy anything.”

Richard Yee said: “There’s no one able to express the anxiety and confusion of the modern world with as much wit and humanity as Karl, so it’s a joy to be bringing him and his miserable alter ego back for a second series of Sick of It.”

Jon Mountague, Sky’s head of comedy said: “The ‘real’ Special One is coming back to Sky One and so is his inner self. We couldn’t be more thrilled.”

From the Emmy Award winning team behind An Idiot Abroad and The Moaning of Life, the second series of Sick of It will be produced by Me+You Productions and Alrite Productions. Richard Yee directs.  Co-creators Karl Pilkington and Richard Yee also executive produce along with Krishnendu Majumdar. The second series was commissioned by Jon Mountague from Sky.

Email ThisBlogThis!Share to TwitterShare to FacebookShare to Pinterest
Labels: Karl Pilkington, Sick of It