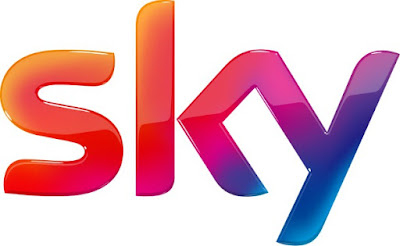 Sky has announced that 2019 will be the final year of its involvement in cycling, drawing to a close an association spanning more than a decade of unprecedented success. The decision will bring to a conclusion Sky’s ownership and sponsorship of Team Sky, which will continue to race under a different name if a new backer is secured to provide funding from the beginning of 2020. The team will compete as Team Sky for the last time throughout the 2019 road racing season, aiming to add to its total of 322 all-time wins including eight Grand Tours, 52 other stage races and 25 one-day races.

Sky kicked off its involvement in cycling in 2008 when it joined forces with British Cycling in a mission to increase participation at all levels and support elite success on the track and road. By the end of that partnership in 2016, nearly two million people had been inspired to cycle regularly and the Great Britain Cycling Team had achieved unprecedented medal success at three Olympic Games.

As part of Sky’s broader support for cycling, Team Sky took to the road in 2010 with the ambitious goal of winning the Tour de France with a British cyclist for the first time. This goal was achieved in 2012 with Sir Bradley Wiggins’ historic victory and Team Sky riders, backed by an outstanding support staff, have gone on to realise sustained success in the Tour de France and other major races. Chris Froome won the first of his four Tour titles in 2013 and was the first rider in more than 30 years to hold all three Grand Tour winners’ jerseys at the same time. Earlier this year, Geraint Thomas became the third Team Sky rider – as well as the third Briton – to win the Tour de France, representing the team’s sixth success at the race in seven years.

Jeremy Darroch, Sky’s Group Chief Executive, said: “We came into cycling with the aim of using elite success to inspire greater participation at all levels. After more than a decade of involvement, I couldn’t be prouder of what we’ve achieved with Team Sky and our long-standing partners at British Cycling. But the end of 2019 is the right time for us to move on as we open a new chapter in Sky’s story and turn our focus to different initiatives including our Sky Ocean Rescue campaign.

“I’d like to pay a special tribute to Dave Brailsford and the immensely talented team of riders and staff he has assembled at Team Sky. What they have achieved together would have been beyond the dreams of many just a few years ago. We thank you for joining with us on this journey and look forward to enjoying our last season of racing together.”

Sir Dave Brailsford, Team Sky Principal, added: “The vision for Team Sky began with the ambition to build a clean, winning team around a core of British riders and staff. The team’s success has been the result of the talent, dedication and hard work of a remarkable group of people who have constantly challenged themselves to scale new heights of performance. None of this would have been possible without Sky. We are proud of the part we have played in Britain’s transformation into a cycling nation over the last decade.

“While Sky will be moving on at the end of next year, the Team is open minded about the future and the potential of working with a new partner, should the right opportunity present itself. For now, I would like to thank all Team Sky riders and staff, past and present - and above all the fans who have supported us on this adventure.

“We aren’t finished yet by any means. There is another exciting year of racing ahead of us and we will be doing everything we can to deliver more Team Sky success in 2019.”