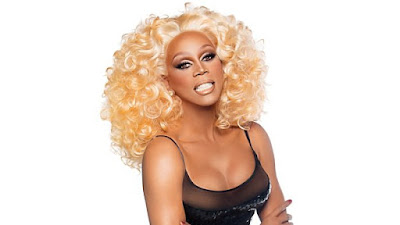 BBC Three and World of Wonder announced today that a UK version of the award-winning global hit RuPaul’s Drag Race is coming to the channel in 2019.

In the first UK adaptation of the show, RuPaul will be on the lookout to crown one of the UK’s top drag artists the ‘Queen of Great Britain’. But, it will take more than just a wig and pair of heels to win as ten contestants take part in weekly challenges and face off against each other to keep themselves in the competition.

RuPaul, says: “It is a dream come true to extend our royal family to the United Kingdom with our partners at BBC Three. I am beyond excited to celebrate the massive charisma, uniqueness, nerve and talent of the Queen’s queens. And before anyone asks, yes, we would be thrilled to have Meghan Markle join us, as we are already preparing a ‘Royal-Mother-To-Be’ runway challenge.”

Contestants will compete in individual or team challenges that test a specific drag queen skill before taking on the Maxi Challenge, the headline moment of each show where they may be required to perform, model in a photo shoot, prepare a runway look for a themed challenge before having to face the judges, with one contestant each week eliminated and asked to “Sashay Away”.

Damian Kavanagh, Controller BBC Three, says: “Needless to say, we’re delighted that BBC Three will be the home of a new UK version of Drag Race. It is one of the biggest entertainment titles in the world and anticipation levels for a UK version have been at feverish levels. With heart, humour and the un-imitable RuPaul, Drag Race is going to take BBC Three to a whole new level.”

Kate Phillips, Controller, Entertainment Commissioning, says: “I’ve been a huge fan of this funny, frank and fierce format for a long time. I also know there is a wealth of very talented and very competitive drag artists in the UK and I can’t wait for them to sashay onto the BBC!”

Fenton Bailey and Randy Barbato, World of Wonder Co-Founders and Executive Producers, say: “World of Wonder Productions began in the UK, and the many Queens of England have always been an inspiration, so bringing RuPaul’s Drag Race to BBC Three is a very special home coming”.