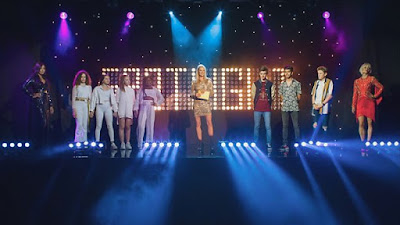 Tess plays the host of the talent competition which sees boy band, The Wonderland, fiercely compete against girl band, Girls Here First, with the fortunes of The Wonderland then being followed as they try to make it big in the business.

Emily Atack (The Inbetweeners and currently starring in I’m a Celebrity) plays Meg, mum to Oakley and Harry from The Wonderland, whilst Colin Hoult (Murder in Successville) plays their dad. Nate’s mum is played by Zina Badran (A Very English Scandal) and his sister Molly by Simran Rakar.

Tillie Amartey (Ratburger) takes the role of Chloe, a vlogger who befriends The Wonderland and helps them to build their social media profile.

Almost Never follows The Wonderland as the brief spell of fame they enjoyed on the talent show starts to fade.

It charts their comedic ups and downs as they try to grow their fan base and find the best songs to record. As the boys try to make it in the music business, they also have to juggle home life, school and relationships alongside their dreams of pop stardom.

Almost Never is due to broadcast on CBBC in the new year. The series is produced by Saltbeef TV’s Jeremy Salsby creator of Sorry I’ve Got No Head and Friday Download. 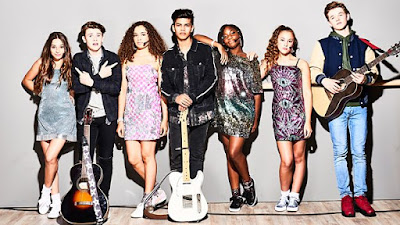