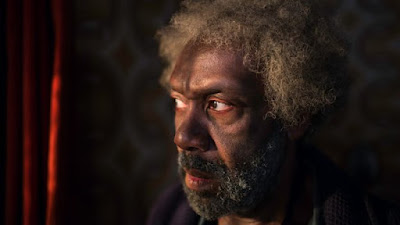 BBC Four has announced a season of new programmes that celebrate British diversity and explores the secret tribes and communities that have helped shape modern British history.
The new programmes which will air on BBC Four across February include A Very British History, a new series unpacking the untold stories of communities across the UK, a series of monologues produced in collaboration with Sir Lenny Henry and The Young Vic, Soon Gone: A Windrush Chronicle, new contemporary dance piece titled Windrush: Movement Of The People by Phoenix Dance Theatre that celebrates its arrival in the UK in 1948 and Don McCullin: Looking for England which follows the celebrated photographer on his journey to document the country.

Cassian Harrison, Channel Editor, BBC Four, says: "BBC Four is a unique proposition within British TV and we’re always proud to celebrate voices and stories that are less known and often unheard. This season of programming will take viewers into a whole series of hidden corners of our nation and its story. It’s a treat to be working with both established voices such as Sir Lenny Henry and Don McCullin and introducing a new generation of talent to our screens."

A Very British History explores key moments in the 20th century for minority communities across Britain - including the Jewish community in Leeds, Afro-Caribbeans in Birmingham, Romany Gypsies around the home counties and Ugandan Asians in Leicester and beyond. Produced in collaboration by BBC England productions and fronted by presenters from those communities, the series explores the harsh reality many people faced when searching for a new life in Britain. We hear untold stories, from the joyful to the tragic, and follow emotional journeys back in time. Each film is a quest to discover more about the history of communities in multi-cultural Britain.

In association with BBC Arts and in partnership with Sir Lenny Henry’s production company Douglas Road and the Young Vic Theatre, Soon Gone: A Windrush Chronicle, is eight 15-minute heartfelt monologues set in the front room of an Afro-Caribbean home. The monologues follow the highs and lows of one family from their arrival in England in the 1940s up to the present day as they explore their hopes and desires, challenges and shattered dreams.

Windrush: Movement of the People is a timely new contemporary dance piece by Phoenix Dance Theatre which celebrates the arrival of the SS Empire Windrush which brought the first large numbers of Caribbean migrants to the UK. The work marks not just the story of the 492 people who arrived from Jamaica at Tilbury dock on 22 June 1948, but also the subsequent stream of migration from former British colonies and the rise of multicultural Britain. It tells the collective history of the immigrants’ dreams, hopes and pain, while celebrating the complexities of their struggle for identity, equality and belonging. The story is retold for the first time through dance on film and performed by Phoenix Dance Theatre’s 10 Company dancers.

The show is the first narrative work created by Artistic Director, Sharon Watson and is underscored by a soundtrack that spans the 70 years with calypso, jazz, blues, ska, gospel, reggae and pop: the music that accompanied the lives of the Caribbean British people and the wider black British communities. 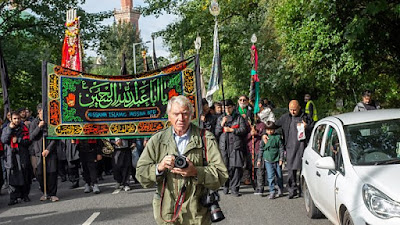 Also from BBC Arts for BBC Four is Don McCullin: Looking For England. It follows the 83 year-old photographer, on a journey to document his country from inner cities to seaside towns. Sixty years after starting out as a photographer, he returns to his old haunts in the East End of London, Bradford, Consett, Eastbourne and Scarborough. Along the way he encounters an array of English characters at The Glyndebourne Festival and Goodwood Revival and photographs a hunt and a group of sabateurs aiming to disrupt them. McCullin’s journey is punctuated by scenes in his darkroom, a place he is allowing cameras into for the first time.

Soon Gone: A Windrush Chronicle is a 8x15' production by Douglas Road Productions, in partnership with BBC Arts and the Young Vic theatre for BBC Four. The Executive Producers are Sir Lenny Henry, Kwame Kwei-Armah and Angela Ferreira. Lamia Dabboussy is the Commissioning Editor for the BBC.

Windrush: Movement Of The People was devised by Phoenix Dance Theatre’s Artistic Director Sharon Watson with musical compositions by Christella Litras. The Executive Producers are Emma Cahusac (BBC), Helen Spencer (The Space), and Mark Hollander (Phoenix Dance Theatre). The Producer is Martin Collins and Ross MacGibbon is the Director.