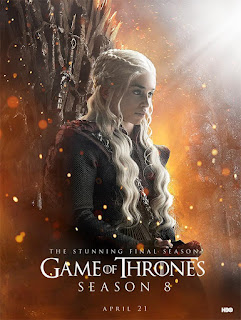 Game of Thrones returns for its final season on April 14. #ForTheThrone

The eighth and final season of the fantasy drama television series Game of Thrones was announced by HBO in July 2016. Unlike the first six seasons that each had ten episodes and the seventh that had seven episodes, the eighth season will have only six episodes.