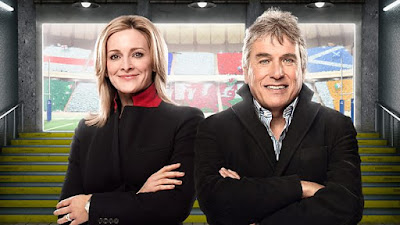 Bringing viewers live TV coverage of all of Wales, Scotland and France home games, the Six Nations Championship opens with France v Wales in Paris on Friday 1 February on BBC One and BBC iPlayer. Other key matches on the BBC include Wales v England, Scotland v Ireland and last year’s runners-up, Wales against last year’s winner, Ireland on March 16.

TV commentary will be provided by the experienced Eddie Butler, Andrew Cotter and Sara Orchard. Sonja McLaughlan and Lee McKenzie will be pitch side at every TV game delivering viewers all of the updates as they happen on and off the field.

A highlights show will be available on BBC Two every Sunday afternoon during the competition where John Inverdale will be joined by guests to look at how all six nations performed that weekend as well as covering all the major talking points and incidents.

The Women’s Six Nations Championship returns to the BBC for 2019 with selected games available to watch on the BBC Sport website, app and Connected TVs. A highlights show will also be shown each Sunday night on BBC Two and BBC iPlayer so viewers can catch up on the action from every game.

Matt Dawson’s Rugby Show returns to 5 live every Thursday night before a Six Nations game weekend and the Rugby Union Weekly podcast will be available to listen to every Monday - Ugo Monye and the BBC’s new rugby union correspondent Chris Jones will cover all of the latest happenings in the Six Nations.

A comprehensive digital service enables fans to share in all the excitement of the men’s and women’s Six Nations through the BBC Sport website and via the BBC Sport app on mobiles, tablets and connected TVs.

Selected men’s and women’s live matches will be streamed via the website, app and Connected TVs and there will be in-play highlights of BBC games and match highlights of others after the final whistle.

BBC Sport’s social media accounts, which have over 20 million followers across Facebook, Twitter, Instagram and YouTube will provide all the latest breaking news and some of the best clips from the tournament catching the most crucial, dramatic and shareable moments in all their glory.

Every Friday ahead of each Six Nations weekend, the BBC News Channel will preview all of the action and major talking points with special guests and features in Sportsday from 6.30pm.
Posted by JD at 13:24