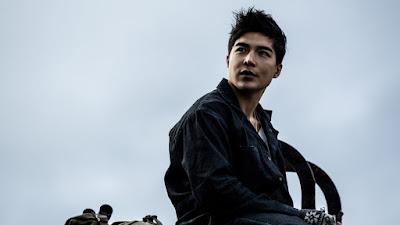 The Ghost Bride is an adaptation of a New York Times bestseller of the same name created by Yangsze Choo. The series takes a refreshing production approach of featuring dual directors and a team of international screenwriters with established Hollywood American-Taiwanese TV writer Kai Yu Wu as head writer. She is known for her work in smash hits such as Hannibal and The Flash. Quek Shio Chuan, one of the directors, has moved the hearts of thousands with his autobiographical film Guang The Movie, a story of his relationship with his high-functioning autistic brother. Ho Yuhang’s brilliant direction of At the End of Daybreak featured female lead Kara Hu and was awarded the Best Actress in eight Asian film awards. 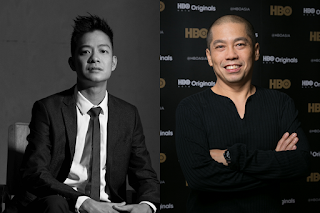 Along with the joint force from Hollywood, Malaysia and Taiwan, The Ghost Bride also casts a diverse lineup of talents across the east and the west. Wu Kang Jen, named Best Actor at the Golden Bell Awards and Taipei Film Festival for his outstanding performances in Wake Up and White Ant, will be joined by Malaysian actor and Mandarin musical and theatre artist, Kuang Tian, and Canadian-Chinese Hollywood star Ludi Lin, who is known for playing the Black Ranger in Power Ranger 2017 and recently seen in his role as Murk in Aquaman as the male leads. Rounding out the cast is Huang Peijia, an emerging actress who won the Best Actress from 2018 Golden Bell Awards with her performance in Roseki and from the Taipei Film Festival for her role in Cha Cha for Twins.

The Ghost Bride is set in 1890s Colonial Malacca. Li Lan has been offered a marriage proposal from the wealthy Lim Family to become the “ghost bride” to their recently deceased son. Her family will be saved from a lifetime of debt, but she’ll spend the rest of her life being haunted by the Lim family’s son. Desperate to get out of this ghastly arrangement, she soon finds herself wrapped up in a murder mystery and embroiled in other-worldly affairs much bigger than she could have ever imagined.

The series has started production in collaboration with Ideate Media. It is Netflix’s first Mandarin original series that is shot in Malaysia including locations at Johor Bahru, Penang and Ipoh.

Email ThisBlogThis!Share to TwitterShare to FacebookShare to Pinterest
Labels: The Ghost Bride