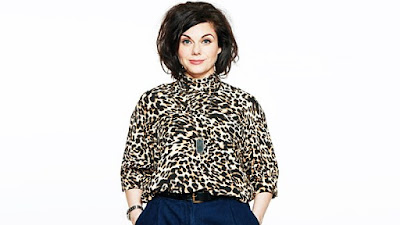 Alison Hindell, BBC Radio 4’s Commissioning Editor for Drama and Fiction says: “This year Riot Girls is distinctly contemporary and centres on women with provocative views of the world we live in. Each series of Riot Girls has challenged and entertained and this year - at a time when debate sparked by women demands full attention - it seems more relevant than ever. With the writing of Maria Alyokhina, Caitlin Moran and Ayeesha Menon - 2019’s Riot Girls will not disappoint.”

Maria Alyokhina's Riot Days - an account of her activism, trial and imprisonment, as part of Russian feminist punk protest group Pussy Riot - kicks off the Riot Girl season on Saturday 12 January. Dramatised by E V Crowe and starring Katie West, Kerry Gooderson and Kathryn Drysdale; Riot Days brims with idealism. Alyokhina’s autobiographical tale stares into the face of oppression with a cool confidence, unafraid to raise a hand and challenge the status quo. The full series of Riot Days will be available first on BBC Sounds following the broadcast of part one.

How To Be A Woman is the second book and first memoir published by Caitlin Moran, a title she has now herself adapted for radio specially for the Riot Girls season. Also narrated by Moran, it stars Louise Brealey (Sherlock) as a young Caitlin making her way from adolescence to adulthood. How To Be A Woman showcases Moran’s relatable humour and honesty whilst delivering a powerful message on feminism. After episode one, airing on Monday 14 January, a boxset of all five episodes will be exclusively available first on BBC Sounds.

Into the Maze, from award-winning writer Ayeesha Menon, is an international thriller spanning London, Saudi Arabia and Mumbai. Jamila and Saira are two sisters who grew up in a traditional Muslim village in India but when Saira is raped her life is thrown into turmoil. Jamila starts to vlog about her sister’s case in her determination to bring the perpetrator to justice, but she starts to receive menacing phone calls and death threats. Menon’s feminist thriller interrogates the struggles faced by women across the globe when it comes to sexual assault, harassment and independence. The cast includes Aysha Kala (Indian Summers), Maya Sondhi (Line of Duty, The Split) and Silas Carson (Trust).
Posted by JD at 14:05