Winterwatch returns to BBC Two, coming live from its new location at the Cairngorms National Park 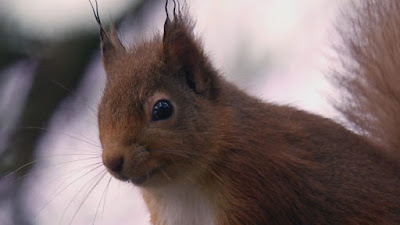 Winterwatch will return to BBC Two this year, broadcasting live from its new location in the wildest part of the UK, the Cairngorms National Park: the new, year-round home for The Watches.

Presenters Chris Packham, Michaela Strachan and Gillian Burke will host the wildlife extravaganza, kicking off the year in the depths of winter in one of the toughest places in the country for our animals. The freezing temperatures and blanket of snow make this an extreme environment to call home, and the team will explore how the local wildlife adapts to get through this toughest of seasons. Naturalist and presenter Iolo Williams also joins the team in the Cairngorms to investigate some of the mysteries of the season.

Winterwatch is just the start however, as 'The Watches' will come back to the Cairngorms throughout the year to cover the changing seasons in Springwatch and Autumnwatch, catching up with some of the year-round residents such as golden and white-tailed eagles, red squirrels and pine martens, as well as meeting the seasonal arrivals as they flock to this wild landscape in spring and summer.

By staying for a full year, the team will get to know the area like never before, exploring the snow-capped mountains, ancient forests, raging rivers and deep, silent lochs in intimate detail, and building up a fuller and more rounded picture than a single visit allows.

As ever, the Watches will reflect the wildlife stories and spectacles across the UK in a series of pre-recorded films - showcasing the diversity of habitats and species that make this group of islands a truly unique place for wildlife.

This Winterwatch there is also a ‘Live Lesson’ run by BBC Teach - a live show broadcast into schools up and down the country based around the habitats and animals that the team will be looking at in the Cairngorms.

And this year, The Watches are thrilled to launch their biggest ever citizen science project - a year of action where viewers of the programme will be tasked with helping our conservation partners build the most comprehensive record of the nation’s wildlife ever assembled in a year.

Email ThisBlogThis!Share to TwitterShare to FacebookShare to Pinterest
Labels: Winterwatch