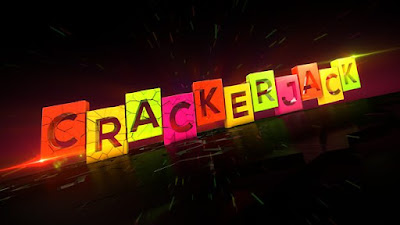 The BBC is reviving cult classic children’s TV show, Crackerjack.
The show, a staple of children’s television from 1955-1984, marked the start of the weekend with its mix of sketches, pop performances and games.

Now, 35 years after its last outing, it is making a comeback. It will be made at MediaCityUK in Salford by BBC Children’s In-House Productions and will be on CBBC and BBC iPlayer.

The retro classic will be revitalised for today’s connected generation giving them an all-round, interactive experience while retaining the beating heart of what etched Crackerjack into the affections of British children for three decades.

There will be a heady mix of jaw dropping magic, laugh out loud comedy and silly studio sitcom - and of course it will still air on Fridays with hundreds of kids in the studio taking part in all the fun.

As part of the new show, Double or Drop returns in which kids get plucked from the audience to answer questions and go head to head to win prizes - or cabbages if they get it wrong - and the much-coveted Crackerjack pencil.

The show was originally presented by This Is Your Life’s Eamonn Andrews. He was followed by Leslie Crowther, Michael Aspel, Ed Stewart and Stu Francis.

This new 10x45’ series will be presented by Bafta-winning children’s TV favourites, Sam and Mark, and will air next year. The Genre Lead for Children’s In House Productions is Sid Cole and the format has been revamped by Head of Unscripted Development Ben Armstrong and the In House team.

Cheryl Taylor, Head of Content for BBC Children’s, says: “Crackerjack is just one of several fabulous series that Children’s In-House Productions have developed this year. It’s the perfect vehicle for our much-loved stars Sam and Mark and promises to usher in a new era of frenetic family fun and whizzbang audience antics.”

Helen Bullough, Head of Children’s In House Productions, says: “We can’t wait to introduce a new set of Crackerjack 'crush-a-grape' catchphrases to a new generation of fans! The format has always been an amazing showcase for talent. And that commitment to showcasing talent is always at the heart of our wider production ambitions too, and a common theme across all of these new commissions for In House, across all the age groups we serve and from writers to on screen performers.”

Email ThisBlogThis!Share to TwitterShare to FacebookShare to Pinterest
Labels: Crackerjack