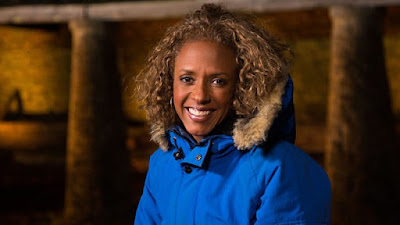 Dan McGolpin, Controller of BBC Programming & Daytime has announced a number of factual commissions to join a line-up of titles for daytime on BBC One debuting in 2019.
The new commissions for BBC One include Blue Planet UK, a daytime spin-off presented by Gillian Burke and Steve Brown with Chris Packham that will focus on the UK’s marine wildlife, on air this March. The series has been commissioned as part of the BBC’s on-going commitment to the environmental story and focus on Protecting Our Planet. It will complement the new peak series, Blue Planet Live also on air in March.

Also commissioned for 2019 is Good Morning Dagenham, a five-part documentary series narrated by Larry Lamb and set in Britain’s biggest open air market in East London, to broadcast in March. As well as, 24 Hours On The Inside With Dom Littlewood, which will see Dom go to the US and immerse himself in a range of extreme environments in order to uncover the realities of institutions, from policing and prisons to hospitals. Lastly, Curiosity is a new competitive format hosted by Paul Martin that puts contestant’s knowledge of history, antiques and collectables to the test.

The titles will sit alongside the range of already announced new factual, entertainment and drama programmes for daytime on air this year. These include factual entertainment series The Customer Is Always Right presented by Lucy Alexander; Welsh drama Pitching In, a co-commission with BBC Wales, starring Larry Lamb and Hayley Mills; new home design title Best House In Town; as well as a new arts programme for daytime, Home Is Where The Art Is, fronted by Nick Knowles.

Drama Shakespeare & Hathaway: Private Investigators starring Jo Joyner and Mark Benton and true crime series Murder, Mystery & My Family are also both returning for second runs having launched on BBC One last year. All of the series will be available on BBC iPlayer.