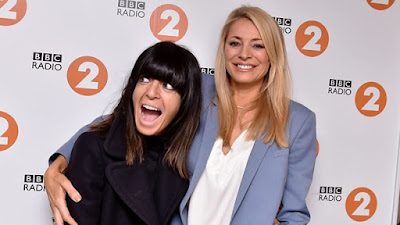 BBC Radio 2 presenter Claudia Winkleman and her Strictly Come Dancing co-presenter Tess Daly have pledged to practice what they preach and 'keep dancing’ in an epic challenge that will see them floss, dab and salsa to the beat for the longest ever Danceathon in Red Nose Day history.

Kicking off on Monday 11 March through to Tuesday 12 March, the stars will put their dancing skills to the test as Radio 2 turns into a giant jukebox, playing the very best floor fillers from the 60s, 70s and 80s right up to the present day.

The dancing marathon will push the duo to their limits, both physically and mentally, as they swap the side lines of the dancefloor for centre stage and dance non-stop for over 24-hours, all to raise vital cash for Red Nose Day to help Comic Relief improve countless lives both here in the UK and internationally.

Their every step, turn, and twirl will take place at the Radio 2 studios in Wogan House, and will be followed across all Radio 2 shows. It will also be streamed live on the BBC Red Button where those watching at home will see music videos appear simultaneously with the tracks being played on the radio. They will also be able to send in messages of support for Claudia and Tess which will scroll across the screen.

Radio 2 presenters will back them every step of the way along with a host of celebrity friends who will surprise them during the challenge to make sure they stay motivated and never skip a beat.

Claudia Winkleman, who hosted the first ever Comic Relief six-hour Danceathon in 2015, says: “I’m so excited to be taking on this epic Danceathon challenge with Tess live at Radio 2 in the legendary Wogan House. I know it’s going to be hilarious to watch because we’re pretty bad dancers - I’m not very good at standing, let alone dancing. Thankfully we’ll have each other and we’re going to push through to raise as much money as we can for Red Nose Day.

“We love Comic Relief and believe in everything they do. We’ve seen first-hand how the money raised provides a lifeline for people living in the most desperate situations, and we’re doing this for them. We want people at home to come together, dig deep and support us through this because dancing for over 24 hours is going to be one hell of a challenge.”

Tess Daly says: “I am so proud to be supporting Red Nose Day with Claudia. I just hope we have the stamina to ‘keep dancing’ for over 24 hours straight!

“We were worn out during our first choreography session so it’s no doubt going to be a tough challenge. But, we’re doing this to raise money for Red Nose Day, so it will be incredibly special, and we’ll be thinking of all the people that will benefit from all the amazing projects funded by Comic Relief. Doing this at Wogan House is extra special for me having worked with the great man, Sir Terry, himself many times.”

Lewis Carnie, Head of Radio 2, says: “Radio 2 is proud to host this year’s Danceathon following Sara’s triumph in 2017, and I look forward to seeing Claudia, Tess and all of our presenters having a boogie in Wogan House to raise funds for Comic Relief next month.”

The Longest Ever Danceathon with Claudia and Tess is the latest addition to the mammoth challenges previously hosted by Radio 2 in aid of Red Nose Day. In 2017, Sara Cox triumphed in her 24-hour 80’s Danceathon and Dermot O’Leary didn’t stop shaking it off in 2015 with his epic 24-hour day of dance. Radio 2 challenges have raised over £2million, helping Comic Relief to fund and invest in amazing projects here in the UK and internationally.

Inspired by Claudia and Tess? Visit comicrelief.com/danceathon to sponsor the dancing duo or for all the tools needed to host your own fundraising danceathon.
Posted by JD at 12:31