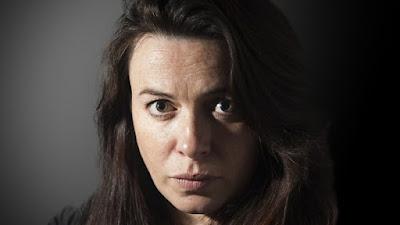 Home Front, Radio 4’s drama marking the centenary of World War One was awarded the Outstanding Contribution Award, having recently completed its four-year run in November 2018. The trophy, presented by BBC Director of Radio and Education, James Purnell, was accepted by a reunited crowd of actors, writers and producers from the Home Front team.

David Threfall’s portrayal of comic icon Spike Milligan in Spike and The Elfin Oak garnered the Best Actor award, and Eve Myles’ performance in the emotional true story, 19 Weeks, was awarded the Best Actress title. These two prizes were given by actors Emma Fielding and Shaun Dooley, respectively.

The winners were presented at a ceremony at the Radio Theatre in BBC Broadcasting House on the evening of Sunday 3 February.

The Audio Drama Awards highlight the originality and creativity of on air and online productions, celebrating talent both in front of, and behind the microphone. Actress and playwright Amelia Bullmore’s County Lines won Best Single Drama, presented by actor Danny Sapani, with The Truth About Hawaii taking Best Series for their tale of a near-future where antibiotics are no longer available.

Two of the Love Henry James series were recognised, taking home Best Sound for The Turn of the Screw, and Best Debut Performance for Daisy Head’s role as Maggie Verver in The Golden Bowl. Daisy Head was presented her award by actor Neil Dudgeon.

On the evening a new prize for Best Director was given by actor Paul Rhys to Abigail le Fleming for The Effect. Actor Anthony Head presented a second new category of Best European Drama, won by Munch and Munch - Diptych, written and directed by Jasna Mesarić, produced by Katja Šimunić for HRT Croatian Radio.

2018’s Tinniswood recipient, Sarah Woods presented the Tinniswood Audio Drama Award for Best Radio Drama Script to Oliver Emanuel for his innovative post-apocalyptic story, When the Pips Stop. This was Emanuel’s second win of the evening as he is also the writer for Best Series recipient, The Truth About Hawaii. Woods also presented the Imison Award for Best Audio Drama Script by a New Writer to Lulu Rackza for her tale of friendship, Of A Lifetime. These two prizes were established by the Society of Authors and Writers’ Guild of Great Britain in memory of the radio drama producer Richard Imison and the radio drama writer Peter Tinniswood.

The ceremony was hosted by Tracy-Ann Oberman and featured a performance by the Jay Rayner Jazz Quartet.