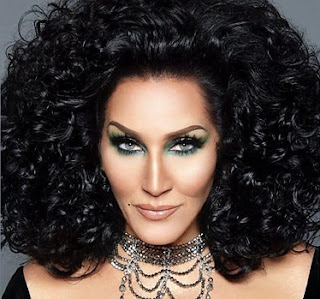 Visage has judged eight seasons of RuPaul’s Drag Race and four seasons of RuPaul’s Drag Race All-Stars in the US, and is an integral part of the show’s continued success. Visage and RuPaul have over 20 years of working history on a variety of projects, from their successful What’s The Tee podcast, to their top-rated morning radio show, to 100+ episodes of their 90s talk show, The RuPaul Show.

Visage says: “We've been working tirelessly to bring the magic of RuPaul's Drag Race to my favourite city in the world: London! I know the UK has a wealth of talent to offer and I'm thrilled beyond belief to see these queens battle it out on the main stage, UK-style! GOD SAVE THE QUEENS!”

RuPaul’s Drag Race UK will search for the best and brightest drag queens the UK has to offer. Through a series of challenges that will test the queens' comedy, modelling, and acting skills, host RuPaul will crown the UK's Next Drag Superstar.

Fenton Bailey and Randy Barbato, World Of Wonder co-founders and Emmy Award-winning Executive Producers, say: "Michelle has worked tirelessly to help bring Drag Race to the UK - we are grateful she is part of our family. She is a quadruple threat: she sings, she dances, she acts, and boy, can she judge! Queens beware!”

About RuPaul’s Drag Race
A global phenomenon, the RuPaul's Drag Race franchise is available in 193 countries through network partners and World Of Wonder's streaming service WOW Presents Plus. The series was nominated in the US for a record-breaking 23 Emmys, with nine wins including Outstanding Reality-Competition Program and Outstanding Host for a Reality-Competition Program for the first time in Emmy history.
Posted by JD at 12:55