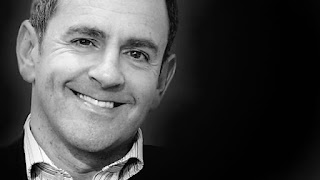 Stephen Jardine will take the presenter’s chair on Debate Night - the flagship current affairs debate show on the new BBC Scotland channel which launches on 24 February.

The first of 24 episodes will air on Wednesday 27 February at 10.45 pm during the channel’s launch week. Each hour-long programme will allow a studio audience to lead the agenda and put their questions to those in positions of power in Scotland. Stephen will be joined by a panel made up of politicians, leaders of public bodies and opinion formers to get answers to the questions which Scotland is asking.

Audiences and the panellists will be drawn from right across the spectrum of Scottish public opinion, and they will have the chance to debate issues at the top of the agenda, from Scotland or around the world, in a lively and enlightening format.

Stephen said: “I’m delighted to be hosting Debate Night. At this time in particular, Scotland should have a programme bringing politicians and the people together and that is what I want this to be. It is a privilege and a responsibility to be tasked with such a big show and I look forward to making Debate Night a great forum for Scotland to share views and opinions in an open and civilised way”.

A graduate of Edinburgh University and the journalism course at University College Cardiff, Stephen started his career with Radio Tay before joining GMTV as Scotland Correspondent and then Europe Correspondent based in Paris. In 2000 he moved to STV to present the nightly news show Scotland Today and a raft of other programmes including the Sunday politics programmes Sunday Live and Seven Days. For his work, Stephen was presented with a Royal Television Society Awards. Stephen currently presents programmes on BBC Radio Scotland.

Daniel Maxwell, Executive Producer, BBC Scotland, says: "Stephen has a first class track record in broadcast journalism and we’re delighted he will be in the chair for Debate Night. He is an excellent communicator and facilitator with a sure grasp of all the key political, cultural and social issues that resonate in Scotland."

Tony Nellany, BBC Scotland Channel Manager, says: "One of the key aims of the channel is to produce content that will engage our audiences and give them a say on the big issues of the day. Debate Night will do just that under the expert stewardship of Stephen whose authoritative and inclusive presenting style is ideally suited to this format."
Posted by JD at 12:29