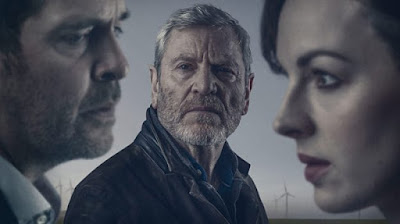 French detective Julien Baptiste, who first appeared in The Missing series one and two, returns in the titular role of a new six-part drama for BBC One. Starring Tchéky Karyo, Tom Hollander and Jessica Raine.

“Never-quite-retired detective and erstwhile beekeeper Julien Baptiste is a character very dear to our hearts. After seeing him brought to life by the incomparable Tcheky Karyo in The Missing, we always knew we weren’t quite ready to let him go if the right story presented itself. We’re glad it finally did, and hope people enjoy seeing Baptiste take centre stage in his show as much as we have.”

Julien Baptiste is staying in Amsterdam where his daughter has recently had a child. Forever under their feet and restless, he is invited to meet up with old flame Martha Horchner, the chief of police in Amsterdam. But this isn’t a lunch to catch up on old times - she wants his help to find a missing girl, Natalie, the niece of Englishman Edward Stratton. She believes the case is connected to a Romanian sex trafficking gang. It’s vital that they find her.

Julien meets up with Edward and they begin their search, but it’s not long before Julien realises that all is not as it seems. Why does nobody want to talk about the missing girl? Who is the man following Celia, Julien’s wife? What is the connection between the case and the transsexual brothel, whose owner has sent someone to follow them? Who is the mysterious woman, Kim Vogel, who helps the sex industry girls and tells them that Natalie has run away to Germany?

As Julien starts to uncover some of the truths behind the lies, he realises there is more to this case that meets the eye. By the time Baptiste becomes aware of the danger that he has been drawn into, Julien’s own family are in mortal danger and Julien is caught in a trap.

Baptiste is a nail-biting ride full of twists and turns, where nothing and nobody are as they first seem. Amsterdam is both the backdrop and a veneer, and Julien Baptiste must search its narrow alleyways and its basements and canals, to uncover the dark side of the city.
Posted by JD at 12:33

Email ThisBlogThis!Share to TwitterShare to FacebookShare to Pinterest
Labels: Baptiste