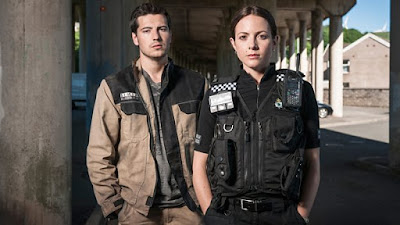 BBC One Wales viewers will be taken on a fast-paced journey through the streets of industrial south Wales later this year, after the broadcaster acquired the rights to the crime thriller Bang.

Set in the steel town of Port Talbot, Bang is a drama about blood, love and human relationships. It was written by Bafta-wining scriptwriter Roger Williams, and produced by Joio and Artists Studio. Bang has won best drama in the Bafta Cymru awards, and Celtic Media Festival.

The eight-part drama follows the story of an ambitious policewoman, Gina (Catrin Stewart), and her brother Sam (Jacob Ifan), whose life is transformed when he comes into possession of a gun.

Much of the dialogue is through the medium of Welsh, which will be subtitled in English.

BBC Cymru Wales Head of Commissioning, Nick Andrews, says: “Full of drama and pace, Bang will have you on the edge of your seat. It’s another of the phenomenal Welsh dramas making an impact, and is already highly acclaimed.

“As well as having a gripping storyline and fast-paced dialogue, Bang showcases the powerful industrial landscape the steelmaking communities of south Wales. After the BBC’s documentary on the annual Taibach pantomime Balls of Steel, then the furore around Banksy’s visit, Port Talbot is clearly at ease in the limelight.”

Bang will air on BBC One Wales in early summer.

Email ThisBlogThis!Share to TwitterShare to FacebookShare to Pinterest
Labels: Bang